© UNICEF/PAHO/Karina Zambrana
Many countries, like Brazil, are still hoping to reach large numbers of unvaccinated people.

“We’re in the midst of a growing two-track pandemic where the haves and have-nots within and between countries are increasingly divergent”, underscored Tedros Adhanom Gebreyesus.

“Delta and other highly transmissible variants are driving catastrophic waves of cases, which are translating into high numbers of hospitalisations and death. Even countries that successfully managed to ward off the early waves of the virus through public health measures alone, are now in the midst of devastating outbreaks”, he said.

He added that in low-income countries, exhausted health workers are battling to save lives among shortages of personal protective equipment, oxygen and treatments.

Delta is present in more than 104 countries and WHO expects it to be the dominant COVID-19 strain circulating worldwide very soon.

Pandemic ‘not over, anywhere’

Tedros explained that vaccines have never been the way out of the crisis on their own, but the current wave is demonstrating what a “powerful tool they are”.

“We are experiencing a worsening public health emergency that further threatens lives, livelihoods and a sound global economic recovery. It is definitely worse in places that have very few vaccines, but the pandemic is not over, anywhere”, he highlighted.

Using a metaphor of a forest ablaze, he reiterated that the world needs to put out the “pandemic inferno” in a united fashion, because hosing down just a part of it will reduce the flames in one area, but while it’s smoldering everywhere, “sparks will eventually travel and grow again into a roaring furnace”.

Vaccinate the most vulnerable

The WHO’s head reiterated that the global gap in vaccine supply is hugely uneven and inequitable.

“Some countries and regions are actually ordering millions of booster doses before other countries have had supplies to vaccinate their health workers and most vulnerable”, he said.

He added that data shows that vaccination offers long lasting immunity against severe and deadly COVID-19, and instead of Moderna and Pfizer prioritizing the supply of vaccines as boosters to countries whose populations have relatively high coverage, he needed them ‘to go all out’ to channel supply to the COVAX global initiative, the Africa Vaccine Acquisition Task Team, and low-middle income countries.

While Tedros recognized that tens of millions of donations of shots are starting to come through, he said that they needed to come faster, through an “all-out, no regrets accelerated building up of new vaccine manufacturing hubs”.

Calling it “enlightened self-interest” he said that when a country shares vaccines, it is actually helping itself.

“The whole world is sick and tired, and everyone wants to open up, and ending the pandemic is key… when we have a pandemic everywhere, the virus will continue to circulate”.

He also said it was “extremely disappointing” to see countries that had vaccinated most of their population with two doses, thinking about a third. “It actually makes no sense”, he underscored.

“I have a list of countries that say they have money, they can pay, but there are no vaccines…The world has the means to increase production quickly, what we lack is global leadership”, he added.

The WHO Director-General said that pharmaceutical companies must share their licenses, know-how and technology.

“Do what AstraZeneca is doing” he said, which started in Europe but has production in India, Korea, Australia and Japan, with more expansion planned, explaining that this gives COVAX the green light to buy vaccines from additional facilities.

He reminded that thousands of people are still dying every day, and that currently, solidarity is not working because of “greed”.

“Countries vaccinating their population are starting to say, ‘we have managed to control this, so it is not our problem’. But I am not so sure they are out of the woods; I don’t think they are in control because of the Delta strain and others that may evolve…They ignore the rest of the world and give the virus a chance of circulating”, he warned.

Tedros said there cannot be more talk about vaccinating low income countries in 2023 while there are the tools to help them now.

“We are saying it again and again and we need a listening ear. This is for your own sake and nobody is out of the woods yet. For those with the means, it is in our hands. We can end it very soon, because we have the tools”, he underscored.

Ann Lindstrand, WHO Covax co-lead, explained that currently there isn’t enough evidence pointing to a need for booster doses.

“If you have a full course of vaccination of any of the WHO approved vaccines, you have a good protection”, she explained.

WHO Chief scientist, Dr. Soumiya Swaminathan, also said that while there has been an increase of infections in vaccinated populations, there has not been more hospitalizations.

“There are reports coming in that vaccinated population are having cases of infection particularly Delta, but the majority of them are mild. The people in the hospitals are unvaccinated”, she explained.

Swaminathan reminded that decisions about booster doses should be made based on data, and not “on companies saying we need a third dose”. 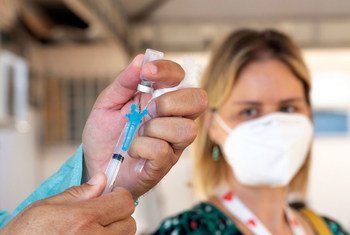 After receiving reports of heart inflammation cases due to myocarditis and pericarditis following vaccination with COVID-19 Pfizer and Moderna shots, World Health Organization (WHO) experts on Friday said that the benefits of the vaccines still outweigh the risks in reducing hospitalizations and deaths due to infection. 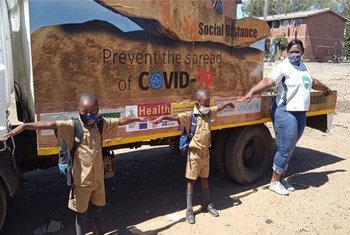 COVID-19 Delta variant detected in 98 countries, continues to evolve and mutate, warns WHO

The head of the World Health Organization (WHO) on Friday urged leaders to push back against daunting new COVID surges through increased vaccination efforts and public health measures, warning that with Delta quickly becoming the dominant strain in many countries ‘we are in a very dangerous period of the pandemic’.