© UNICEF/Vinay Panjwani
Women grow vegetables on a farm in India as part of a UNICEF-supported rural development programme.

Leading figures from government, business and civil society are preparing to take part in this year’s High Level Political Forum on sustainable development (HLPF), where they will discuss ways to recover from the impact of the COVID-19 pandemic, and turn the deadly crisis into an opportunity for a major shift towards a more sustainable global economy.

The hybrid (online and in-person) conference, which takes place between 6 and 15 July, will focus on the lessons, successes, shortcomings and plans to emerge from the unprecedented health crisis, and advocate for achievement of the Sustainable Development Goals (SDGs) as the best way to build more inclusive, resilient and healthier societies.

“Countries will share and reflect the actions they have been taking to overcome the pandemic, to address its impacts and to build back better”, said Munir Akram, the President of the UN Economic and Social Council (ECOSOC), which convenes the Forum. “A core issue would be whether and how they are using the SDGs as the blueprint for their response to COVID-19.”

Helping the most vulnerable

This year, 43 countries will present actions they have taken to improve people’s standard of living, despite the impact of the pandemic; to date, 168 countries have presented their progress on the SDGs since the first Forum, in 2016.

In the area of climate action, for example, the island nation of Antigua and Barbuda is implementing a $1.3 million project to improve its civil society access to climate financing. In Norway, measures to combat climate change have led to total greenhouse gas emissions dropping to the the lowest level since 1993, and also, Angola’s decision to enact measures aimed at reducing the country’s dependence on oil.

For many countries, the response to the pandemic has involved investing in their citizens, enhancing social protection systems and labour markets in order to help the most vulnerable populations.
Egypt’s “Decent Life” scheme aims to improve the lives of millions of poor in rural areas; Denmark inaugurated its “Children First” project, to ensure better conditions for equal opportunities in childhood; and Cyprus has adopted a support package for employees, the self-employed, vulnerable groups and businesses, worth some 2.6 billion Euros.

Despite these welcome initiatives, ECOSOC warns that the pandemic has erased years of progress on some SDGs, and delegates will identify areas that need more attention, and policies likely to have maximum impacts on achieving the Goals.

Before the onset of the pandemic, progress was already being described as unsatisfactory, with pervasive inequalities, hunger, climate change, lack of access to education, growing unemployment, and extreme poverty

By highlighting these ongoing issues, it is hoped that countries will chart a recovery path that is people-centered and underpinned by economic reform, digital transformation, vaccine equity and climate action. 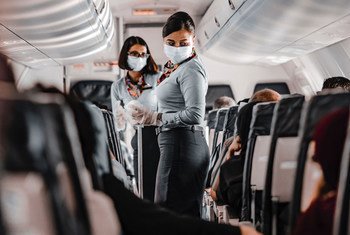 The impact of the COVID-19 pandemic on tourism could result in a more than $4 trillion loss to the global economy, UN trade and development body UNCTAD said on Wednesday in a report issued jointly with the UN World Tourism Organization (UNWTO). 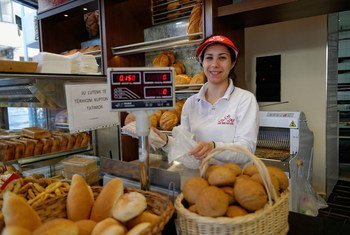 Small businesses which make up more than half of the global workforce were 2.5 times more likely to go under than larger firms in the first months of COVID-19, the International Trade Centre (ITC) said on Wednesday, warning that the impact of climate change could cause pandemic-scale disruption “every decade”.