First Person: The Somali refugees planting a new life in the United States

UN News/Daniel Dickinson
Some 220 former refugee families from Somalia are now farming in the US state of Maine.

First Person: The Somali refugees planting a new life in the United States

After spending years living in UN-supported camps in Kenya, some 220 former refugees from Somalia now work as farmers in the US state of Maine, growing crops ranging from beets to broccolini.

Thousands of Somalis who fled persecution and civil war in the Horn of Africa country have benefitted from resettlement programmes in third countries like the US.

220 Somali refugees resettled in the US state of Maine are growing crops again after spending years in a @UN-supported refugee camp in Kenya. Read their extraordinary story @UN_News_Centrecoming on Saturday. pic.twitter.com/sqroMljKD9

Muhidin Libah is one of them. He told UN News how he set up the Somali Bantu Community Association in Lewiston, Maine, to both preserve Somali Bantu culture and help the former refugees integrate into the American way of life.

“I fled my home in the Jubba valley in southern Somalia in 1991, when my community was attacked. Many people were killed, some people starved, women were raped and our land and property were looted by the different sides fighting in the country’s civil war.

I am a Somali Bantu and my people are the descendants of African slaves who were brought to Somalia generations ago. We have always felt persecuted by ethnic Somalis.

I crossed the border without my family and ended up in Dadaab refugee camp in eastern Kenya. I was just 15 years old and had never been to school and knew only how to farm.

If I had stayed in Somalia, I think I would have been killed at some point as there were so many young boys carrying guns.

Child of the UN

I spent 10 years in Dadaab and life was hard. It was dry and sandy and very hot and so different from my home in the Jubba valley which is very green in the winter.

We couldn’t do much in Dadaab, so it was a bit like an open prison, although I did start studying thanks to the schools that were set up by the United Nations. Kids were given the opportunity to go to school rather than carry guns, for which I am very thankful. The UN also provided rations of food and water, so I am really a child of the UN.

As Somali Bantus, we were safer living in Kenya, but still targeted by other Somalis, so the UN moved us to another camp in Kenya called Kakuma where I spent two years before being resettled in the US.
In Kenya, we were very dependent on the UN, so my dream in the US was to create a self-sufficient community of farmers. The Somali Bantu Community Association is a way to empower my people, many of whom cannot speak English. 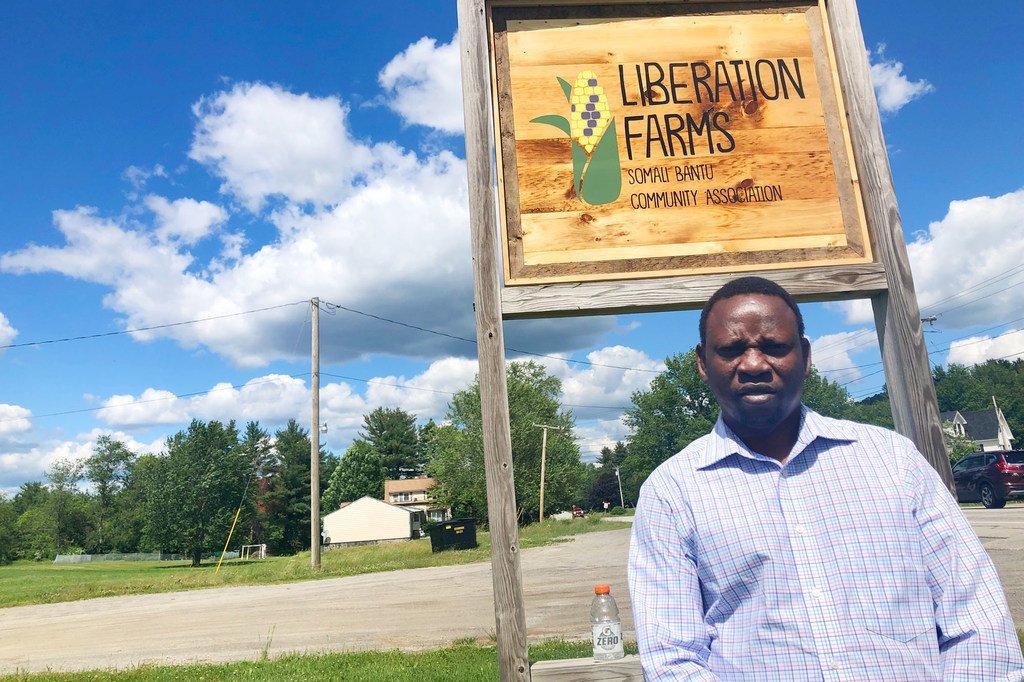 We have recently secured long-term tenure of our land here in Lewiston, Maine, so have entered a new phase where we know we can build a future here. We call our land Liberation Farms as a sign of our new freedom.

Our 220 family farmers, three quarters of whom are women, each have a tenth of an acre to cultivate are practicing traditional farming which involves intercropping different plants and vegetables and often placing multiple seeds in one hole at a time. They are growing what I call culturally-appropriate crops like molokhia (Egyptian spinach), amaranth, eggplants, various beans as well as African corn.

They are also learning new American techniques including drip irrigation and row planting. They are cultivating crops like beets, broccolini and fennel for the first time.

All the food they produce is organic, which creates income and provides food security for many families who otherwise may be receiving support in the form of food stamps.

From birth to death, land is deeply connected to our culture and so farming is at the centre of the Association. We also run other community advocacy programmes including conflict resolution, health advice and youth groups.

UN News/Daniel Dickinson
Farmers can grow their own crops on one tenth of an acre of land.

There are 7000 Somalis in Lewiston and its twin city Auburn, of which 3000 are Somali Bantus. The integration of our community into American life has been slow which I blame on a lack of English but also ignorance about people who come from abroad and who are different. Farming will help integration as food is a universal language. It will bring our communities together and we are already seeing this when we sell our produce at local farmers’ markets.

I believe from the next generation as our young people graduate from school that we will be fully integrated.
We want to maintain our way of life as much as we can but at the same time adapt to life here, keeping the best parts of Somali Bantu and US culture, so we can nurture kids who are well-rounded and can thrive in this environment.”

First Person: Hope and shelter, amid the fighting in Burkina Faso 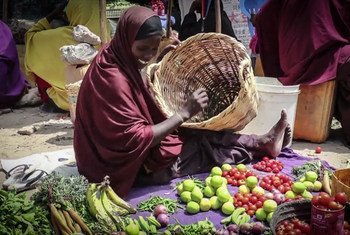 The Security Council welcomed the agreement reached on Thursday by the Somali federal government and the federal member states leaders on the implementation of the 17 September Electoral Model. 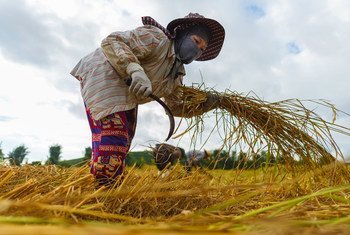 The number of international migrant workers has increased from 164 to 169 million, the International Labour Organization (ILO) said on Wednesday, noting a marked rise in the number of young people seeking opportunities abroad, too.