Unsplash/Ismail Mohamed - SoviLe
Airplane passenger numbers dropped by 60 per cent in 2020 as a result of the COVID-19 pandemic.

The impact of the COVID-19 pandemic on tourism could result in a more than $4 trillion loss to the global economy, UN trade and development body UNCTAD said on Wednesday in a report issued jointly with the UN World Tourism Organization (UNWTO).

The estimate is based on losses caused by the pandemic’s direct impact on tourism and the ripple effect on related sectors, and is worse than previously expected.

𝗕𝗿𝗲𝗮𝗸𝗶𝗻𝗴. @UNCTAD and @UNWTO have published an update on the effects of #COVID19’s impact on tourism. The crash in international tourist arrivals since the pandemic started could cost the world economy $4 trillion by the end of 2021. https://t.co/b3NJ4CDTwD pic.twitter.com/FbfiupmRoB

Last July, UNCTAD estimated that the standstill in international tourism would cost the global economy between $1.2 trillion and $3.3 trillion.

The steep drop in tourist arrivals worldwide in 2020 resulted in a $2.4 trillion economic hit, the report said, and a similar figure is expected this year depending on the uptake in COVID-19 vaccines.

“Tourism is a lifeline for millions, and advancing vaccination to protect communities and support tourism’s safe restart is critical to the recovery of jobs and generation of much-needed resources, especially in developing countries, many of which are highly dependent on international tourism,” the UNWTO Secretary-General Zurab Pololikashvili added.

International tourist arrivals declined by about 1 billion, or 73 per cent, last year, while in the first quarter of 2021 the drop was around 88 per cent, the report said.

Developing countries have borne the brunt of the pandemic’s impact on tourism, with estimated reductions in arrivals of between 60 per cent and 80 per cent.

They have also been hurt by vaccine inequity.  The agencies said the “asymmetric roll-out” of COVID-19 vaccines has magnified the economic blow to the tourism sector in these nations, as they could account for up to 60 per cent of global GDP losses.

It is expected that tourism will recover faster in countries with high vaccination rates, such as France, Germany, the United Kingdom and the United States.

However, international tourist arrivals will not return to pre-pandemic levels until 2023 or later, due to barriers such as travel restrictions, slow containment of the virus, low traveller confidence and a poor economic environment.

While a tourism rebound is anticipated in the second half of this year, the report expects a loss of between $1.7 trillion and $2.4 trillion in 2021, based on simulations which exclude stimulation programmes and similar policies.

As tourism falls world GDP takes a hit in 2021

The authors outline three possible scenarios for the tourism sector this year, with the most pessimistic reflecting a 75 per cent reduction in international arrivals.

This scenario sees a drop in global tourist receipts of nearly $950 billion, which would cause a loss in real GDP of $2.4 trillion, while the second reflects a 63 per cent reduction in international tourist arrivals.

FROM THE FIELD: Weathering a tourist downturn in Kyrgyzstan 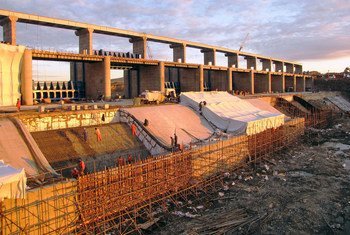 Financial assistance to the world’s 83 weakest economies fell by 15 per cent in 2020, to $35 billion as a direct result of the COVID-19 pandemic, UN trade and development experts UNCTAD said on Monday.