UNMISS/Isaac Billy
The UN Mission in South Sudan, known as UNMISS, works with the South Sudanese to protect civilians and build durable peace.

Successful peacekeeping requires the “highest standards of conduct” by civilian and uniformed peacekeepers, the UN chief told a High-Level Meeting this week on Strengthening the Conduct of Peacekeeping Personnel.

Therefore, “strengthening accountability for the conduct of peacekeeping personnel is…central to the Action For Peacekeeping initiative”, known as A4P, Secretary-General António Guterres said in a video message delivered at the meeting on Monday.

Although the “vast majority” of UN personnel live up to the highest standards of conduct, any lapse not only has “a devastating impact on victims and survivors”, but also “undermines our operational efficiency and our global reputation”, explained Mr. Guterres.

India systematically includes the UN’s online training on prevention of misconduct and sexual exploitation and abuse in their trainings before their peacekeepers are deployed to our missions #HonouringOurValues #A4P @UNinIndia @IndiaUNNewYork @UN_MgmtStrategy pic.twitter.com/CDBLw41Wdm

As the Organization works to increase transparency, strengthen internal accountability, and emphasizes the needs and rights of victims and survivors, steady progress has been made on improving training and reporting misconduct with Member States “vital partners in all these efforts”, he said.

To prevent misconduct, enforce standards and remedy harm, the top UN official underscored the importance of supporting victims and survivors, as well as children born from sexual exploitation or abuse by UN personnel.

“This includes ensuring that peacekeepers who father children take full responsibility for them, by helping women to make paternity and child support claims”, he spelled out.

Progress on this collective priority must continue by learning from and building on past lessons and ensuring accountability for UN personnel guilty of misconduct, said the UN chief.

Under-Secretary-General for Peace Operations Jean Pierre-Lacroix reminded that conduct and discipline have been part of A4P since its inception.

He also stressed the importance of being proactive in understanding where the gaps lie.

While sharing good practices in prevention and enforcement, the top UN peacekeeper emphasized the need to “build on what is working and what demonstrates potential”.

At the same time, he underscored the need to address challenges, such as timely investigations, ensure that sanctions are commensurate with the gravity of misconduct and support victims of sexual exploitation and abuse.

Turning to the Compact on Eliminating Sexual Exploitation and Abuse, the UN peacekeeping chief noted that 89 out of the 103 signatories to date are troop or police contributing countries.

“The Secretary-General is clear that we must approach our efforts at protection from sexual exploitation and abuse across the United Nations system. Misconduct is not unique to peacekeeping and requires an integrated ‘one UN’ response, he said, calling on all Member States to join the Compact.

The top UN peacekeeping official concluded by saying: “We cannot let up on our work to strengthen the conduct of peacekeeping personnel”. 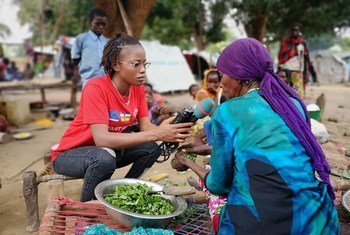 First Person: An on-air antidote to misinformation in the Central African Republic

The citizens of the Central African Republic (CAR) have endured decades of war and conflict. Merveille Yayoro, a young reporter at Guira-FM, the radio station run by the UN peacekeeping mission in the country (MINUSCA), says that she wants her work to provide an antidote to hate speech and misinformation, and help bring about a lasting peace. 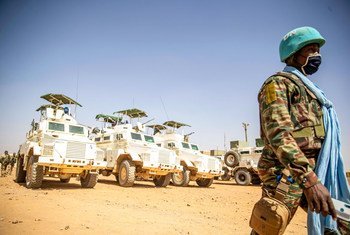