By exploiting social grievances and gender stereotypes, “the fight against terrorism has itself caused damage”, inspiring lone actors and co-opting other groups, Secretary-General António Guterres told the Second High-level Conference of Heads of Counter-Terrorism.

Recounting “especially alarming” advances of Al-Qaida and ISIL terrorist fighters in Africa, he upheld the importance of supporting the continent as “a global priority”.

.@UN SG is convening the High-Level Conference on Counter-Terrorism from 28-30 June: “Countering and Preventing Terrorism in the Age of Transformative Technologies”.More about UNODC’s work: https://t.co/g8KKvH3y04 #CTWeek #UNiteToCounterTerrorism pic.twitter.com/1L9m20bW6B

The top UN Official expressed deep concern over foreign terrorist fighters and underscored the need to hold them accountable.

He also drew attention to the fate of the tens of thousands of relatives, women and children who are associated with them, urging Member States for their repatriation, particularly the children “who remain stranded in conflict zones”.

Amidst some “slow and not comprehensive” progress, Mr. Guterres said, “the situation is dire”.

At the same time, years of increasing polarization and a normalization of hate speech have benefitted terrorist groups.

“The threat stemming from white supremacist…and other ethnically or racially motivated movements is increasingly transnational”, stated the UN chief.

And terrorist groups are exploiting the COVID-19 pandemic.

“We need consistent, coordinated and comprehensive efforts across countries, sectors and disciplines, anchored in human rights and the rule of law”, he said, urging the General Assembly to “re-affirm the consensus" behind the UN Global Counter-terrorism Strategy to enhance national, regional and international efforts and adopt on Wednesday "a forward-looking resolution for its review”.

To counter terrorism, the UN chief outlined a set of overarching priorities, which began with building resilience.

“Strong, just and accountable institutions” as reflected in Sustainable Development Goal 16 for inclusive access to justice “are a pre-requisite for States to deny terrorists the space to operate, bring them to justice and provide security to their populations”, was his first priority.

While putting victims at the centre of all efforts, he also noted that to help break the cycle of violence, after serving their sentences, those found guilty should, when possible, be rehabilitated and reintegrated back into society.

The Secretary-General’s second point was for a “human-rights reset for counter-terrorism”.

“We know that when counter-terrorism is used to infringe upon the rights and freedoms of people, the result is more alienation within communities and stronger terrorist narratives”, he said, maintaining that this must be addressed by “protecting and promoting human rights, including gender equality”.

He also highlighted that misogyny, and women’s and girls’ subjugation, is “a common element” of terrorist networks, which requires “pluralist and independent civic space” to counter it.

Finally, counter-terrorism must “rise to the challenges and opportunities of transformative technologies”, according to the UN chief.

To this end, technological innovation must be nurtured while mitigating its risks.

“New technologies need to be harnessed responsibly for counter-terrorism, within the framework of the rule of law and human rights”, he said.

Fighting on and offline

Highlighting that social media is being used to accelerate hate speech and violent ideologies, he pointed out that since the pandemic, there has also been a spike in cyberattacks and cybercrime.

As capabilities and actions have not kept pace with risks, Member States have the ultimate responsibility to prevent technologies from falling into terrorist hands, he said.

In closing, the Secretary-General urged States to develop the capacity to collect, use and exchange electronic evidence of terrorist activity “online and offline”.

Technology in our hands

The head of the UN Office of Counter-Terrorism (OCT) spoke about terrorist challenges in an age of transformative technologies.

“We need urgently to look ahead on how to adjust our counter-terrorism efforts to respond to new realities and emerging threats”, Vladimir Voronkov told the meeting.

As digitally-enabled technologies transform societies and economies, they present both opportunities and risks.

“We have the means and…responsibility to work together to ensure safe and effective use of technology and prevent its use for terrorist purposes”, concluded the OCT chief.

General Assembly President Volkan Bozkır noted that the initial hope was that the COVID-19 pandemic would deter terrorist groups and lockdowns restrict their movements, “it seems that terrorist groups, have quickly adapted to this new landscape”.

He called for global solidarity against the rise of xenophobia, racism and intolerance, stressing: “We must be vigilant, and stop hate speech, when it is first uttered – both in person, and online. That is an individual, collective, national, and international responsibility”. 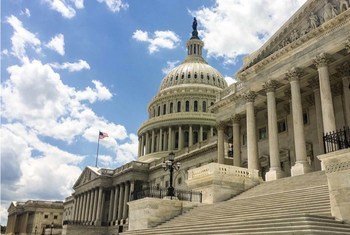 A so-called “Rewards for Justice” programme in the United States is violating the human rights of some of the individuals it targets, independent UN human rights experts said on Wednesday. 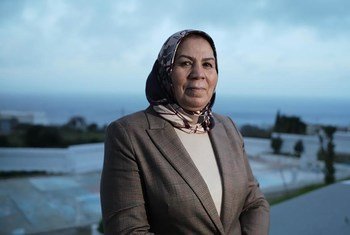 A Moroccan-French woman whose son was killed in a terrorist attack nearly a decade ago, has been commended for her powerful activism countering youth radicalization, and her efforts to replace the desolation of loss with ‘a prayer of love’.