UNOCHA/Giles Clarke
Two children, who recently returned home after they and their family fled fighting in 2017, look out over the Al Gamalia neighborhood of Taiz City.

More than 19,300 boys and girls affected by war last year were victims of grave violations such as recruitment or rape, and the COVID-19 pandemic made it difficult for experts to reach them, the UN said in its annual report on Children and Armed Conflict (CAAC), published on Monday.

Grave violations against children remained “alarmingly high” at nearly 26,500, while the pandemic increased their vulnerability to abduction, recruitment and sexual violence, as well as attacks on schools and hospitals.

🔴Armed conflicts continue to have a devastating impact on children.The number of grave violations verified in 2020 remained high & the #COVID-19 pandemic has further exacerbated the vulnerability of boys & girls.👉Full report: https://t.co/UfCqD1LUC3#ACTtoProtect pic.twitter.com/zjlCdB5zvo

Measures to curtail coronavirus spread, also complicated the work of UN child protection monitors and experts, according to the report which is entitled A Stolen Childhood and a Future to Repair: Vulnerability of Girls & Boys in Armed Conflict Exacerbated by COVID-19 Pandemic.

“The wars of adults have taken away the childhood of millions of boys and girls again in 2020. This is completely devastating for them, but also for the entire communities they live in, and destroys chances for a sustainable peace”, said Virginia Gamba, the Secretary-General’s Special Representative on CAAC.

Recruitment and use, as well as killing and maiming of children, were the most prevalent violations in 2020, followed by denial of humanitarian access and abduction, the report said.

More than 8,400 youngsters were killed or maimed in ongoing wars in Afghanistan, Syria, Yemen, and Somalia, while nearly 7,000 more were recruited and used in fighting, mainly in the Democratic Republic of the Congo, Somalia, Syria and Myanmar.

Researchers reported “exponential growth” in abductions, which rose by a staggering 90 per cent last year.  Rape and other forms of sexual violence also shot up by 70 per cent.

Meanwhile, attacks on schools and hospitals “remained excessively high”, which included serious attacks perpetrated against girls’ education and against health facilities and personnel. There was also an increase in the military use of schools, as the temporary closure of schools during the pandemic made them easy targets for military occupation and use.

The report further revealed that girls made up a quarter of all child victims of grave violations. They also were mostly affected by rape and other forms of sexual violence, comprising 98 per cent of victims, followed by killing and maiming.

“If boys and girls experience conflict differently and require interventions to better address their specific needs, what the data also showed is that conflict doesn’t differentiate based on gender,” Ms. Gamba stated.

Despite the sobering statistics, the report also details tangible progress in dialogues with warring parties in Afghanistan, the Central African Republic, Nigeria, the Philippines, South Sudan and Syria.

Some 35 new commitments or other engagement were reached last year to better protect children, including two new action plans signed in Myanmar and South Sudan.

Additionally, armed groups and forces freed more than 12,643 children from their ranks following UN engagement, and many more boys and girls were spared from recruitment due to age screening processes in situations where the UN has action plans with governments to stop child recruitment and use.

The report stated, however, that progress has taken place as child protection capacities on the ground are both overstretched and underfunded.

Ms. Gamba praised teams working in the field throughout the pandemic, and in challenging environments.

She underlined the need to secure resources for child protection at a time of extreme suffering for children, given the many setbacks in democratic processes at the beginning of this year, and the rise in violence between warring sides.

“This is an opportunity to stop and reflect on the suffering we are causing our children, who are our future,” the senior UN official said. 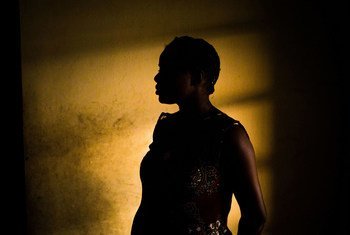 Sexual violence in conflict “reverberates down generations” and threatens both human and international security, the UN chief said on Thursday in his message for the International Day for the Elimination of Sexual Violence in Conflict.