New research co-authored by the UN Global Compact revealed on Thursday that none of the G7 leading industrial nations’ main stock indices are aligned with global emissions targets set out in the Paris Agreement, thwarting efforts to avoid the worst impacts of climate change.

Just ahead of the G7 Summit in the United Kingdom, which begins on Friday, the Taking the Temperature report shows that indices on the main exchanges of G7  countries are on average at 2.95° C, while four of the seven are on temperature pathways of 3° C or above – way over the Paris benchmark.

Stock indices consist of the most significant companies listed on a country’s largest exchange and are vital benchmarks to understand market trends and direction.

As G7 economies cover nearly 40 per cent of the global economy and approximately 25 per cent of global greenhouse gas emissions, the businesses making up the G7 have a responsibility to lower their emissions, according to SBTi.

G7 companies have the potential to cause a ‘domino effect’ of positive change across the wider global economy -- Lila Karbassi, UN Global Compact

“G7 companies have the potential to cause a ‘domino effect’ of positive change across the wider global economy”, said Lila Karbassi, Chief of Programmes, UN Global Compact and SBTi Board Chair, calling upon the largest listed G7 companies to urgently increase climate action.

Invest in the planet

While passive investing currently makes up around 40 per cent of United States and 20 per cent of European funds, investors are being warned that just 19 per cent of listed companies in the G7 indices, have climate targets allied with the Paris Agreement.

G7 ministers responsible for climate and the environment, recently urged businesses and investors to align their portfolios with the Paris goals, and set science-based net zero emissions targets by 2050 – at the latest.

“This report highlights the urgent need for markets and investors to deliver on the goals of the Paris Agreement...Governments must go further to incentivize ambitious science-based target setting”, said Ms. Karbassi.

Despite these findings however, momentum for action in G7 countries is growing, with the analysis citing 2020 as an overall milestone year for climate commitments.

Some 64 per cent of all corporate greenhouse gas emission reduction targets disclosed to CDP last year, were set by companies headquartered in G7 countries, and the annual rate of science-based targets doubled in 2020 versus 2015 to 2019.

It recommended that businesses and Governments collaborate to harness a positive feedback cycle whereby private actions and Government policies reinforce each other.

Secondly, corporations must work with suppliers to decarbonize supply chains.

Third, it calls for investors to embed science-based targets into sustainability-linked bonds and climate financial standards.

Finally, the report advised financial institutions to set portfolio-level science-based targets with underlying assets to create a domino effect in all sectors of the economy.

♦ Receive daily updates directly in your inbox - Subscribe here to a topic.
♦ Download the UN News app for your iOS or Android devices.
Paris Agreement|G7 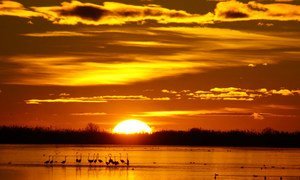 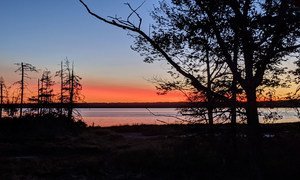 Everyone will lose unless humanity makes ‘peace with the planet’, declares Guterres