© UNICEF/Bashir Ahmed Sujan
Bangladesh receives its first shipment of COVID-19 vaccines from the COVAX Facility on 31 May 2021.

Some two billion doses of COVID-19 vaccine have been distributed globally but only 0.5 per cent have reached low-income countries where frontline health workers and the elderly have yet to receive a shot, the World Health Organization (WHO) said on Friday.

“This week, we’ll probably pass the two billion doses - if we have not already passed it…in terms of number of doses of these vaccines, these new COVID vaccines that have actually been developed. And these have been distributed now in over 212 countries,” said Dr Bruce Aylward, Head of the Access to COVID-19 Tools Accelerator (ACT-A) Hub.

Promoting healthy, sustainable food systems is part of WHO’s prescription for healthy recovery from #COVID19 and delivering #HealthForAll, well-being and equity around the 🌎pic.twitter.com/PBuejrb7B4👉 https://t.co/Co73uRqhBC

Dr. Aylward, who is also Senior Advisor to the WHO Director-General Tedros Adhanom Ghebreyesus, noted that of those two billion doses, “over 75 per cent” had gone to just 10 countries, notably China, the US and India.

This had led increasingly to “a two-track recovery”, characterised by the successful rollout of vaccines to high-risk populations and even younger populations in higher income and vaccine-producing countries.

By contrast, “in the lower income countries, they’re still struggling to get sufficient product just to be able to vaccinate the health care workers, older populations, who are really the key to getting out of the health, societal and economic crisis that we’re in the midst of”, Dr. Aylward explained, in an urgent appeal for 250 million doses to protect frontline workers and the most vulnerable people.

“The call is for a quarter of a billion doses through the period through end of September, to be donated, at least 100 million of those in June and July - that’s what we need to get the system going.”

80 million doses from the US

He noted that on Thursday the United States had helped to kickstart the appeal and bolster the UN-partnered equitable vaccine distribution scheme COVAX with the announcement that it intended to donate up to 80 million doses, including an initial 25 million shots, this month. “That’s an important start (but) we need many other countries to be joining and important for the US, crucially, is they said these doses are going to come in June.”

It was “absolutely ridiculous” that some countries were still unable to protect their key workers amid “escalating epidemics” even though vaccines had been available for six months, he said.

Briefing reporters in New York on Friday, the UN Spokesperson Stéphane Dujarric welcomed the announcement made by the Biden administration that it will be sharing millions of vaccine doses with both the COVAX facility as well as bilaterally with countries in particular need.

He said Secretary-General António Guterres was extremely grateful to the US Government for the inclusion of UN personnel and Member States delegates serving in the US, in its national vaccination programme, "and for the generous offer to provide vaccines for United Nations frontline personnel serving in the most challenging and dangerous locations around the world."

"The Secretary-General renews his call to the international community to come together to address the unprecedented challenge of this pandemic, and for countries to share vaccines, particularly with those that are struggling to cope with new surges and variants" he added.

Highlighting the progress made against the coronavirus compared with a year ago, veteran emergency health expert Dr. Aylward, insisted that the development and increasing number of COVID-19 vaccines should not distract from the continued need by all countries to test,  trace and treat their populations.

People will continue to die unless a $16 billion funding gap is filled to pay for sufficient personal protective equipment, ventilators, oxygen and steroid medication to help the poorest nations treat their sick, Dr Aylward insisted.

“We still do not understand well enough this pandemic, because we are not enough testing enough”, he said.

“Remember, Tedros talked about ‘test, test, test’ literally months and months and months ago…we’ve made highly accurate, highly affordable rapid diagnostic tests, but with the fixation on vaccines, we’re not getting the money (needed) over there. And we’ve all seen what happens when this disease hits a country that doesn’t have the oxygen and dexamethasone.” 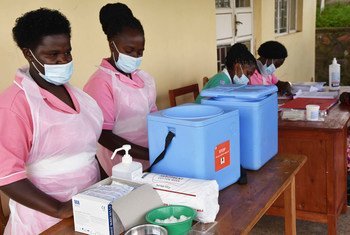 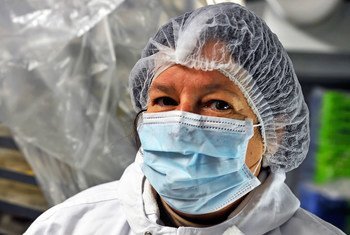