The World Health Organization (WHO) reported that it has provided essential medicines for trauma care and supported ambulance services for more than 2,000 injured people in Gaza, while a ceasefire holds between Hamas and Israel, after 11 days of rocket fire and airstrikes by both sides during last month.

WHO in occupied Palestinian territory
WHOoPt

Ten WHO triage and treatment tents have also been set up outside six emergency departments in Gaza, but the situation remains “volatile”, said Dr. Rik Peeperkorn WHO Head of Office in the Occupied Palestinian Territory (OPT).

Last month’s hostilities resulted in the death of 278 Palestinians and over 9,000 injuries, with a reported 12 Israeli lives lost also and more than 700 injured. Over 77,000 people in Gaza were internally displaced and around 30 health facilities were also damaged, WHO said.

With COVID-19 still a threat, the agency reported that it had supported the delivery of more than 260,000 doses of COVID-19 vaccines to the territory through the UN-led equitable vaccine distribution, COVAX.

“Palestinians’ lives are deteriorating; many of the people affected by the conflict are in urgent need of aid and face other health threats like COVID-19”, said Dr. Peeperkorn.

On 20 May, WHO launched an appeal for $7 million to support its health operations over the next six months.

The funds will be focused on trauma and emergency care, mental health and psychosocial services, advocacy, and essential health services including for COVID-19.

To date, only $2.3 million has been received.

“WHO is working to support the Palestinian health system and its partners in its emergency humanitarian response and calls for the support of the international community in these efforts”, underscored the UN’s OPT office head. 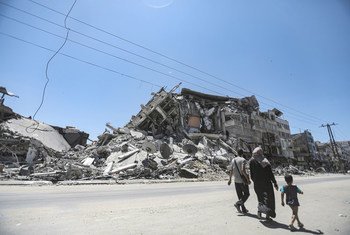 Only a political solution will end the “senseless and costly cycles of violence” between Israelis and Palestinians, UN Middle East envoy Tor Wennesland said in a briefing to the Security Council on Thursday. 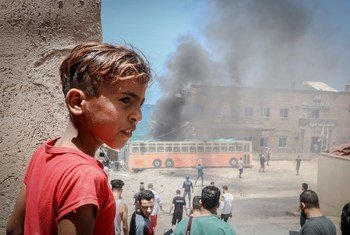 UN rights chief Michelle Bachelet called on Thursday for a “genuine and inclusive peace process” to end the Israeli occupation of Palestine and a repeat of recent deadly clashes that have been marked by possible war crimes by Israeli security forces.