A renewed focus on boosting the production of millets and highlighting their benefits, is critical to reducing over-reliance on more commonly grown crops, boosting diverse diets, and food security. That’s especially true during periods of natural disaster when food becomes scarce, according to Dr Nancy Aburto, an agriculture expert at the Food and Agriculture Organization (FAO).

She spoke to UN News earlier this year, saying that following the UN General Assembly’s recent adoption of a resolution proclaiming 2023 as the International Year of Millets in March 2021, efforts are afoot to promote cultivation as a solution to climate and global food security challenges.

Millets – often called “Nutri-Cereals” due to their high nutritional value – are a group of small-seeded grasses grown mainly in dry zones of Asia and Africa. These include sorghum (or great millet), pearl millet, finger millet, fonio, proso millet, foxtail millet, teff and other smaller varietals.

Estimates show that more than 90 million people in Africa and Asia depend on millets in their diets. Africa accounts for more than 55 percent of global production, followed by Asia with nearly 40 percent, while Europe represents around three percent of the world market.

ICRISAT
A woman farmer using a sickle to harvest pearl millet in the state of Telangana, India. (2 October, 2011)

The world needs to produce more food to feed a rapidly growing global population, which is projected to reach 8.5 billion by 2030, and a staggering 9.7 billion by 2050.

With a deepening climate crisis and aggravating environmental stresses, there is a heightened need for crop diversification by promoting crops suitable for cultivation in the toughest of environments.

Acknowledging the role of millets in responding to nutritional, agrarian and climate challenges, the UN resolution considers the “urgent need to raise awareness of the climate-resilient and nutritional benefits of millets and to advocate for diversified, balanced and healthy diets through the increased sustainable production and consumption of millets.”

They are rich in vitamins and minerals, including iron and calcium; are high in protein, fiber, resistant starch, and have a low glycemic index, which can help prevent or manage diabetes.

“Compared to the more commonly known cereals such as wheat, rice or corn, millets are capable of growing under drought conditions, under non-irrigated conditions even in very low rainfall regimes, having a low water footprint”, explained Dr. Aburto, deputy director in the nutrition and food systems division of the UN Food and Agriculture Organization.

The International Crops Research Institute for the Semi-Arid Tropics (ICRISAT) based in Hyderabad, India, is a non-profit organization that conducts agricultural research for development. ICRISAT works closely with farmer communities and its partners, including the International Fund for Agriculture Development (IFAD), focusing on millets, among other crops.

“Millets can help contribute to some of the biggest global challenges in unison - nutrition and health needs, mitigation and adaptation to climate change, poverty of smallholder and marginalized farmers in the dry zones - some of the toughest areas that will take longer to reach the sustainable development goals.”

Through offering a reduced dependence on synthetic fertilizers and pesticides, millets cultivation may also help promote a shift towards sustainable agriculture, diversifying crop rotations and avoiding the promotion of mono-cropping systems.

“The high carbon content of the crop residues makes them particularly important for maintaining and increasing soil carbon levels, important for sustainable cropping systems, and, where applicable, for providing forage, at the same time, for livestock,” noted Dr. Aburto.

Millets are believed to be among the earliest domesticated plants, which have long served as traditional staple crops for millions of farmers, particularly in India, China, and Nigeria.

Notwithstanding the wide range of benefits that millets provide, they have largely been missing from the global food security agenda. In fact, in recent years, their production has gradually declined.

Experts point towards market distortions, a lack of appreciation of the benefits of millets and policies that have favored the production of the so-called Big Three cereals - rice, wheat and maize, resulting in a “Food System Divide”.

Joanna Kane-Potaka of ICRISAT, gave the example of India where “during the green revolution, high yielding varieties of rice and wheat were introduced and supported to scale out on a massive scale, to improve food security, while arguably, inadequate attention was paid to nutrition or environmental factors.”

“Farmers have therefore shifted to more remunerative crops grown to sell for profit and moved away from subsistence agriculture responding to changing consumer preferences and markets inputs,” said Dr. Aburto.

According to Ms. Potaka, helping millets make a comeback is not just popularization of a neglected and underutilized crop but also an effort to achieve the sustainable development goals (SDGs) – mainly SDG 2 (zero hunger), SDG3 (good health and well-being), SDG 12 (sustainable consumption and production), and SDG 13 (climate action).

“It is essential to work on increasing the production and changing of perceptions about them to drive demand with new and modern products,” she emphasized.

The current trend can be reversed with government-led policies to support production and consumption of millets, coupled with enhanced consumer awareness of their nutritional and health benefits, said Dr. Aburto.

In parallel, raising investments for research and development and generating opportunities for farmers to secure better connectivity with efficient value chains and markets, would also be crucial.

Dr. Aburto also stressed the vital role of farmers in the conservation and maintenance of genetic diversity of millet through initiatives such as community seedbanks, seed fairs, and farmer networks, with a focus on promoting local millets.

In declaring 2023 the International Year of Millets, the resolution calls on all stakeholders to provide support to “activities aimed at raising awareness of and directing policy attention to the nutritional and health benefits of millet consumption, and their suitability for cultivation under adverse and changing climatic conditions, while also directing policy attention to improving value chain efficiencies.”

Building on the experiences gained from past initiatives such as the 2016 International Year of Pulses and the 2021 International Year of Fruits and Vegetables, the UN agriculture agency is working to develop an action plan in partnership with external stakeholders, including farmers and research institutions.

“Actions taken will be aligned and supported via existing initiatives, such as the UN decade of action on Nutrition, 2016-2025 that provides an umbrella for a wide group of actors to work together to address malnutrition and other pressing nutrition issues,” Dr. Aburto added.

In line with FAO’s vision of a sustainable and food secure world for all, producing more and nutritious food for a growing population without overburdening land resources is a massive global challenge.

In the search for climate resilient solutions, millets could be the crucial link in the sustainable food supply chain. 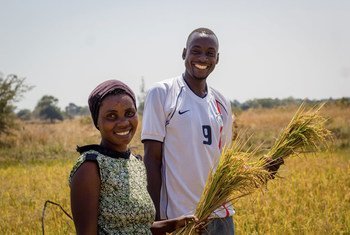 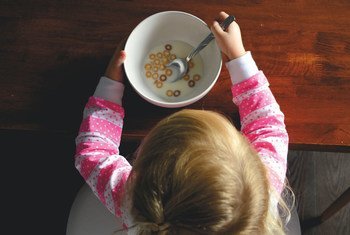 More than one-third of global greenhouse gas emissions caused by human activity can be attributed to the way we produce, process and package food, a UN-backed study published on Tuesday has revealed.