UNICEF/Catherine Ntabadde
Babies at a neonatal intensive unit at a hospital in Kampala, Uganda, which was refurbished with support from UNFPA.
29 April 2021
Women

The United Kingdom’s intention to cut 85 per cent of its contribution to a flagship UN family planning programme this year, will have devastating consequences for women and girls and their families across the world, the UN sexual and reproductive health agency (UNFPA) said on Thursday.

“When funding stops, women and girls suffer”, UNFPA Executive Director Dr. Natalia Kanem, said in a statement, “especially the poor, those living in remote, underserved communities and through humanitarian crises.”

.@UNFPA has been informed of major funding cuts by the UK Government, a longstanding partner. These cuts will be devastating for women and girls and their families across the world. See full statement: https://t.co/WWGvNuK6Mm#FundUNFPA pic.twitter.com/OeL5zW3AwL

Dr. Kanem added that the UNFPA deeply regrets the UK’s decision to step away from its commitments at a time when inequalities are deepening, and international solidarity is needed more than ever.

Impact of the cuts

The withdrawal of approximately $180 million to the UNFPA Supplies Partnership, would have helped prevent around 250,000 maternal and child deaths, 14.6 million unintended pregnancies and 4.3 million unsafe abortions, she added.

Whilst acknowledging the challenging situation facing many donor governments, Dr. Kanem said the UNFPA deeply regrets the UK’s decision to step away from its commitments at a time when inequalities are deepening and international solidarity is needed more than ever.

154 million GBP ($211 million) had been the expected contribution from the UK for 2021. This will now be reduced to around 23 million GBP ($32 million), a retreat from agreed commitments made to the programme in 2020.

In addition, 12 million GBP ($17 million) is to be cut from UNFPA’s core operating funds. Several country-level agreements are also likely to be impacted.

Delivering on rights to modern contraceptives

Dr. Kanem stated that the UNFPA remained dedicated to its mandate and is currently assessing the full scope and impact of the cuts, whilst actively formulating mitigation strategies.

Reiterating the rights of women and girls to modern contraceptives, Dr. Kanem called on all the agency’s partners and allies to come together and secure the viability of UNFPA Supplies and of all its programmes.

In this Decade of Action on the Sustainable Development Goals (SDGs) and especially during the COVID-19 pandemic, the unfinished business of the International Conference on Population and Development programme, to deliver on the promises made to women and girls must be finished.

They are counting on us, Dr. Kanem said.

The UN agency dedicted to ending AIDS, UNAIDS, also expressed deep regret at the UK decision to cut funding for the agency by more than 80 per cent, during 2021.

The UK confirmed to the agency that its funding would extend to GBP 2.5 million, compared to the GBP 15 million received by UNAIDS from the UK for 2020.

"This cut of GBP 12.5 million (or more than 80%) is significant. It affects the provision of live-saving HIV prevention and treatment services around the world", said the agency, in a statement released late on Thursday.

"It affects the empowerment of young women and adolescent girls and their access to sexual and reproductive health and rights across the world, and Africa in particular. It impacts on support to upholding the human rights of some of the most marginalized people, including lesbian, gay, bi-sexual, transgender, queer and intersex people in low and middle-income countries. It reduces global health security."

While the agency said it recognizes the "challenging situation facing many governments", it "deeply regrets this decision of our longstanding partner and advocate. We are assessing the full scope and impact of the cut and are actively formulating mitigation strategies."

♦ Receive daily updates directly in your inbox - Subscribe here to a topic.
♦ Download the UN News app for your iOS or Android devices.
United Kingdom|HIV and AIDS|sexual and reproductive health 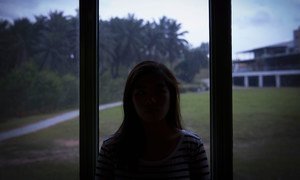 Almost half of women in some 57 countries do not have the power to make choices over their healthcare, contraception, or sex lives, a new United Nations report launched on Wednesday, has revealed. 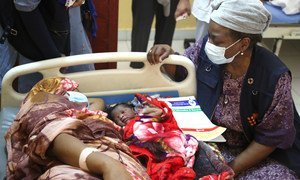 Face of Sudan’s democratic transition ‘is female and it is young’, says UN agency chief

The head of the United Nations Population Fund (UNFPA) has called for increased international support for peace and stability in Sudan, highlighting that investing in the country’s youth and women, is investing in the nation’s future.