WFP/Marco Frattini
Yemenis are getting ready for Ramadan despite the hardships.

The UN Special Envoy for Yemen appealed on Thursday for warring parties to implement a nationwide ceasefire and agree a date for peace talks, in line with a plan to end their conflict.

Briefing the Security Council, Martin Griffiths highlighted international unity in support of ending six years of fighting between Yemeni Government forces, backed by a Saudi-led coalition, and the Ansar Allah movement, also known as the Houthis.

Griffiths to #UNSC: "This deal will immediately contribute to the alleviation of suffering. It will allow for a normalization of life that has seemed like a cruel hope for Yemenis. Let's together call on the parties not to disappoint &amp; to deliver #Yemen from its plight"

“These arrangements will allow for a normalization of life that has all too often, and perhaps today, seemed like a cruel hope for the people of Yemen,” he said.

“So, let us together call upon the parties not to disappoint and instead deliver Yemen from its plight.”

Mr. Griffiths said Security Council unity is reinforced by diplomatic unanimity and specific actions on the part of several key countries, expressing gratitude to Oman, Saudi Arabia and the United States for their support.

He outlined examples of what the agreement could potentially achieve.

“The ceasefire, the nationwide ceasefire, means that the guns will fall silent; and the roads long blocked by front lines will open progressively – not in a day, but in short order for the passage of goods, humanitarian first, and then for the free movement of people; for those children to go to their schools without hindrance and for workers to return to their place of work across the lines that have impeded that.”

However, the urgency for progress on the peace front makes the ongoing conflict even more concerning, he said, noting that the situation in Marib is again showing “dangerous signs of escalating”, while in Taiz, fighting has increased and tensions continue to build.

Yemen remains the world’s largest humanitarian crisis, and a second wave of COVID-19 infections has hit the population “with a new ferocity”, the envoy said.

The UN Humanitarian Coordinator, Mark Lowcock, who also briefed the Council, reported that numbers have more than doubled in just six weeks.

“This second wave, of course, is coming at a time when large-scale famine is still bearing down on the country. Tens of thousands of people are already starving to death, with another five million just a step behind them,” he said.

In late March, Yemen received a first shipment of 360,000 COVID-19 vaccines through the global solidarity initiative, COVAX, with another 1.6 million doses expected in the coming months.

Mr. Lowcock appealed for increased support for pandemic response and in other critical areas, such as civilian protection.  More than 200 people were killed last month, making it the deadliest one for Yemenis so far this year.

The ongoing offensive in Marib also threatens millions, including scores of people displaced from other parts of the country.

“If the fighting continues, we expect tens of thousands – at least – more people will be forced to move. And that will be very dangerous as we see the latest COVID spike,” he said.

A donor conference last month ended with $1.7 billion in commitments for Yemen, less than half of what is needed for humanitarian operations this year.  Mr. Lowcock urged countries to step up.

“Of the pledges that were made, about half have been paid,” he told the Council.

“So what that means is that today, the response plan is less than 25 per cent funded. So again, as I have said many times before, without more funding, millions of Yemenis will be staring down a death sentence before the year reaches its close.” 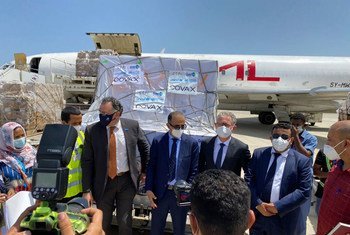 The arrival of the first batch of COVID-19 vaccines in Yemen on Wednesday has been hailed by health experts as a “gamechanger” in the fight against coronavirus spread in the war-torn country. 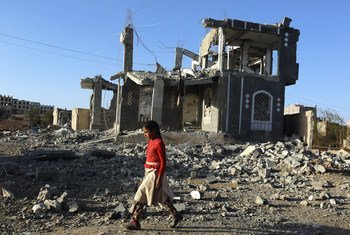 The UN Secretary-General on Tuesday welcomed the announcement by Saudi Arabia of steps aimed at helping end the fighting and restart the political process in Yemen.