© UNICEF/Ron Haviv
A 12-year-old girl (right) who lives in a camp for displaced people in North Darfur State, Sudan, says she was raped by government soldiers.

“Prevention is the best and only cure” to stem the multiple, devastating and enduring consequences faced by survivors of sexual violence in conflict, especially as a brutal tactic of war, a senior UN official told the Security Council on Wednesday.

"We meet at a moment when this crime, which should have been consigned to a closed chapter of history, is once again in the headlines”, said Pramila Patten, Special Representative on Sexual Violence in Conflict, affirming that now was the time to “take stock of both the persistent and entrenched, as well as new and emerging, challenges…to eradicate the scourge”.

‘Chasm between resolutions and reality’

The UN envoy highlighted the Tigray region of Ethiopia where women and girls are being subjected to sexual violence “with a level of cruelty beyond comprehension”, including gang-rape and other atrocities.

And while the Council has adopted ground-breaking resolutions to combat sexual violence in the past, she wondered how the 15-member body was helping protect women on the ground in Tigray today.

Citing over 2,500 UN-verified cases of conflict-related sexual violence in 18 countries last year alone, Ms. Patten said there was a “chasm between resolutions and reality”.

“When history looks back on this painful episode – as part of the long litany of battles fought on the bodies of women and girls, from Bosnia, to Rwanda, Iraq, Syria and elsewhere – we will rightly be asked what we did to honour our commitments”, she said.

Protection ‘more urgent than ever’

The Special Representative also drew attention to the chronic underreporting of wartime sexual violence, due to “stigma, insecurity, fear of reprisals, and lack of services”, all of which have been compounded by COVID-19 containment measures.

“Proactive measures…for survivors to safely come forward and seek redress have become more urgent than ever”, she stressed.

While some survivors have broken their silence, many fear shame, isolation and rejection.

Ms. Patten shared real-life stories of survivors, including a mother and daughter who fled a rebel attack on their village in the Democratic Republic of the Congo (DRC), only to be raped by government soldiers arriving to fight the rebels; and survivors of ISIL captivity who, due to a lack of social acceptance, were forced to abandon their children, born out of rape.

“Each of these cases cries out for justice”, she underscored.

At a time when the Secretary-General has called for a global ceasefire to combat the pushback on women’s rights and shrinking civic space, COVID-19 has given rise to new gender-based protection concerns, the Special Representative said.

Despite the UN system and others having pivoted to online support - such as hotlines and remote case management, for those hardest hit by the overlapping crises of conflict, displacement and COVID-19 - women on the wrong side of the digital divide, remain difficult to reach.

“Marginalized women tend to be left further and further behind in times of crisis and social stress”, she told the Council.

Building back from the pandemic requires an “inclusive, intersectional and gender-informed approach”, Ms. Patten said, spelling out: “this is not just a point in time; it is a turning point in history”.

She upheld that it “demands a paradigm shift” to silence the guns, amplify women’s voices, invest in public welfare, ensure women’s and survivors’ representation, reduce military expenditure and foster human security and resilience to social and economic shocks.

“The only cure for these overlapping ills is an injection of political resolve and resources equal to the scale of the challenge. It is not the time to return to the status quo, but rather to dig deeper and tackle the root causes of this problem as never before”, the UN official said.

Beatrix Attinger Colijn, Senior Women Protection Adviser of the UN Stabilization Mission in the Central African Republic (MINUSCA), spoke about limited access to justice for victims, including social obstacles to reporting violence and a lack of service infrastructure in rural areas.

And humanitarian access to many regions has become “from risky to impossible”, due to numerous thefts of vehicles and bridges being deliberately destroyed.

Ms. Colijn also underlined the importance of restoring the dignity and confidence of victims to regain control of their own lives.

Nobel Peace Prize Laureate Denis Mukwege, said humanity should feel a collective sense of shame, for doing so little to draw a “red line” against those who commit “odious” crimes of sexual violence.

And while some progress has been made in international law surrounding sexual violence in war, abuses remain far too frequent and responses dramatically under-funded.

Meanwhile, Caroline Atim, Director of South Sudan Women with Disabilities Network, highlighted the prevalence of sexual violence as a tool of subjugation and control, including for victims who are forced to marry their abusers.

She also spoke of the specific needs and vulnerabilities of women with disabilities and the importance of “non-discriminatory” services for victims, including psychological services. 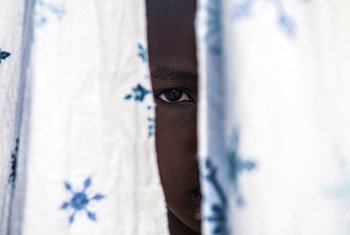 Two senior UN officials welcomed on Tuesday the war crimes conviction and life sentencing of an armed combatant in the Democratic Republic of the Congo (DRC). 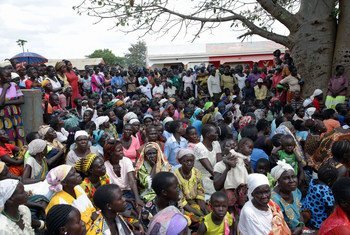 The top UN official working to end rape during wartime said she was encouraged by recent “positive steps” taken by the South Sudanese army to bring perpetrators to justice, thereby underscoring the Government’s commitment to zero tolerance.