The humanitarian situation in Tigray, Ethiopia, remains “dire”, the Spokesperson for the UN Secretary-General said on Wednesday.

“While there has been substantial improvement in humanitarian access, active hostilities have been reported in the north-western, central, eastern, south-eastern and southern zones”, Stéphane Dujarric told correspondents at a regular press briefing.

Within days, militias from the neighbouring Amhara region had joined the fray, reportedly followed by some troops from neighbouring Eritrea – a long-time rival of Tigray.

According to government forces, the region had been secured by the end of November, however TPLF resistance has continued amid accusations of extrajudicial killings and rights abuses on all sides.

The UN Spokesperson said that some humanitarian partners have accessed the towns of Gijet and Samre, in the southern and southeastern zones.

“They reported that most of the population in these towns has fled”, he said, adding that the Alamata-Mekelle-Adigrat-Shire road remains “partially accessible”.

Mr. Dujarric referenced the Office for the Coordination of Humanitarian Affairs (OCHA) in saying that an estimated 2.5 million people in rural Tigray have not had access to essential services over the last five months.

Moreover, the conflict continues to drive massive displacement across the region, with tens of thousands of people moving towards urban areas, including to Mekelle and Shire.

“According to a recent assessment report, there could be as many as 450,000 people displaced in Shire”, he stated.

As UN humanitarian partners scale up the response, they are grappling with capacity and resource challenges, “which remains inadequate for the estimated 4.5 million people who need life-saving assistance”, said Mr. Dujarric. 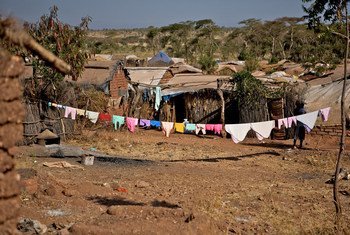 In Ethiopia’s embattled Tigray region there’s deep concern for thousands of Eritrean refugees whose camps have been found burned to the ground, confirming satellite imagery and testimony from those who have fled attacks. 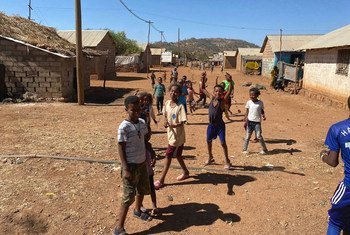 Alleged serious abuses and rights violations in Ethiopia’s Tigray region are to be investigated by the UN, the Office of the High Commissioner for Human Rights (OHCHR) said on Thursday.