UNMISS
Intercommunal fighting in the Jonglei region of South Sudan has led to kidnappings and killings (file photo).

Fifty-eight women and children of more than 600 who were abducted last year during vicious intercommunal fighting in South Sudan, have been reunited with their families, the UN Spokesperson told reporters on Monday.

Since December, the UN Mission in South Sudan, UNMISS, has been working with agencies, supported by the United States and the United Kingdom, to broker peace between the Lou Nuer, Murle and Dinka Bor ethnic groups.

The exchange came about following a community-led peace, negotiated in Jonglei State between the three communities.

Staggering levels of violence could spiral out of control in several regions of #SouthSudan, says @UNCHRSS Commission on Human Rights in South Sudan.ℹ REPORT https://t.co/gwsTE7J3pF pic.twitter.com/zZwLwXlKNg

More women yet to be released

Women and girls have been frequently abducted in Jonglei, because of their economic importance in demanding a bride price paid in the form of cattle, said UNMISS in a statement on Friday.

“The UN Mission believes that as many as 686 women and children were abducted during the clashes that took place between January and August of last year”,  Spokesperson Stéphane Dujarric told journalists at the regular daily briefing.

After a recent peace conference in Pieri, where traditional leaders, women and so-called “cattle camp” leaders had discussed compensation for lives lost, and the return of abducted women and children, UNMISS said that UN helicopters had helped transport the freed women and children so they could be reunited with their families.

Those abducted and freed, are receiving support from Save the Children, and local NGOs Grassroots Empowerment and Development Organization (GREDO) and the Community Action Organization (CAO).

Noting that “abductions are a horrific aspect of conflict in this area”, UNMISS chief and UN Special Representative for the country, David Shearer, said that the agreement to release the abducted women and children, “is an essential step to build trust and avoid the cycle of revenge”.

The UN mission said that this is the first part of a coordinated programme supported by the UN’s Reconciliation, Stabilisation and Resilience Trust Fund to tackle the underlying drivers of conflict between communities that have plagued the Jonglei region for years.

“We are supporting efforts for the return of the remaining women and children”, concluded Mr. Dujarric. 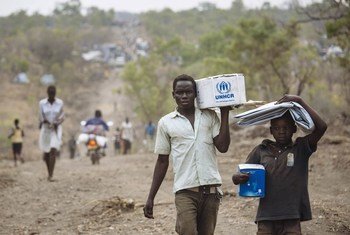 As hunger levels continue to deepen in South Sudan due to a combination of violence, climate change and COVID-19, the 2021 South Sudan Humanitarian Response Plan was launched on Tuesday aiming to reach 6.6 million people – including 350,000 refugees - with life-saving assistance and protection. 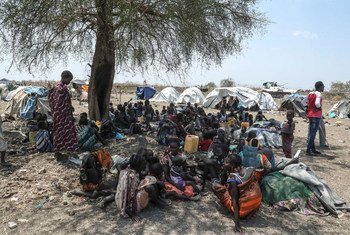 Military and political officials in South Sudan supporting community-based militias in the Greater Jonglei region, must be held accountable for violence that killed more than 700 people over a six-month period last year, the UN human rights office, OHCHR, said on Monday.