The United Nations Secretary-General has reaffirmed the Organization’s support and solidarity with Niger, as the second deadly attacks against civilians in less than a week rocked the west African nation.

On Sunday, unidentified gunmen attacked the villages of Intazayene, Bakorate and Wistane in the Tahoua region, killing at least 137 people, including 22 children. The attacks took place as people were fetching water, according to the UN Children’s Fund (UNICEF).

The Secretary-General @antonioguterres strongly condemns another heinous attack by unidentified gunmen against civilians in the Tahoua region of the Republic of Niger.This attack took place on 21 March, reportedly killing at least 137 people.https://t.co/zEWwrI574n

Last week, on 15 March, gunmen killed at least 58 civilians, including six children, as they were returning from a weekly market in the Banibangou department, Tillaberi region, about 400 kilometres (250 miles) south-west of Tahoua.

In a statement issued by his spokesperson, Secretary-General António Guterres strongly condemned Sunday’s attack and called on the Nigerien authorities to “spare no effort” in identifying and swiftly bringing the perpetrators to justice.

The UN chief also called on countries in the Sahel region to continue their efforts, in close collaboration with regional organizations and international partners, “to address these serious threats to security and stability in the sub-region and beyond”.

‘Attacks must stop ‘once and for all’

In a separate statement, UNICEF said it was “deeply shocked and outraged” by the attack and called on all parties to protect children and keep them out of harm’s way.

“Attacks on children and families must stop, once and for all. Enough is enough”, Marie-Pierre Poirier, the agency’s Regional Director for West and Central Africa, said.

“It is hard to believe that children in the region should live in permanent fear of such attacks. This doesn’t have to be their reality”, she added.

Ms. Poirier also voiced concerns over the impact of the violence and insecurity on efforts to reach the vulnerable with aid.

“The continuing conflict, repeated attacks, and access restrictions due to insecurity and violence are hampering our ability to reach those most in need”, she warned.

Across Niger, about 3.8 million people are in need of assistance and protection, including about 2 million children. Hunger is one of the main concerns, with nearly 920,000 children acutely malnourished (as of March 2020). 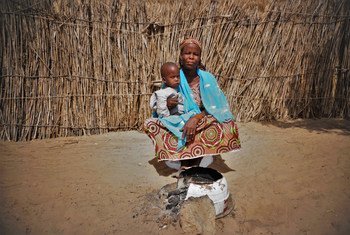