Millions of people around the world are affected by Down syndrome, a chromosome disorder. Each year, approximately 3,000 to 5,000 children are born with the condition which commonly affects, to varying degrees, an individual’s learning styles, physical characteristics and health.

On this year’s World Down Syndrome Day, marked annually on 21 March, UN News’, Nabil Al Midani, shares his personal experience of caring for his daughter Sedra, who has Down syndrome." ‘I did it, Dad ... I can do it!’ This phrase will continue to ring in my ears for the rest of my life. My daughter, Sedra, said it when we were in a water adventure park; she was trying hard for more than an hour to take part in a game that involved walking a path above a swimming pool without falling in.

I tried to help her, but she refused my help, and asked me to stay away. I pretended to move away from her, but my eyes did not lose sight of her, even for a second. My heart would sink whenever she fell into the pool. But she was finally able to balance her body and pass over without falling, then she cried out to me and I saw the joy in her eyes. I hugged her and my heart was beating with joy. I said to her, ‘Of course you can do it…you are a hero!’

It was God’s will that Sedra was born with Down syndrome, but He also endowed her with awareness, intelligence, determination, and the ability to deal with anything in her life. She is extremely social, she loves people, is empathetic with children, and cares for everyone around her.

Sedra is 22 years old. She was born in Damascus, Syria, and began receiving medical care and physical therapy at the age of six months, and participated in speech therapy before she was one year old. When we were in Syria, we met regularly with other families of Down syndrome children, to share experiences and learn from eachother. I worried about her future, and the challenges that she would have to overcome.

I spent a lot of time searching for information, and contacting organizations that I thought could help me. I travelled to many countries, from Lebanon and the UAE, to Germany and the US, and got in touch with many institutions and centres, to learn how to give my daughter the best care possible.

The impact of education

Education had a great impact on Sedra’s early life. When Sedra was three, my work brought us to the United States, where she was enrolled in an educational programme for people with special needs, a continuation of the care she had received in Syria, and she began to learn a second language, English.

Within a short period, she was comfortable in this language, and understood her teachers and classmates. At home, we followed what Sedra was learning in school, and encouraged her to write, draw, and learn numbers.
Sedra’s school plays a big role in shaping a child’s personality. It offered a self-help curriculum for people with special needs in which students learn personal hygiene, tidying up, cooking and cleaning.

Special needs pupils are integrated in the school's activities, and Sedra participates in the musicals presented by high school students every year. The school also prepares her for appropriate work in the county in which we live, for a few hours each week, or during the summer period. 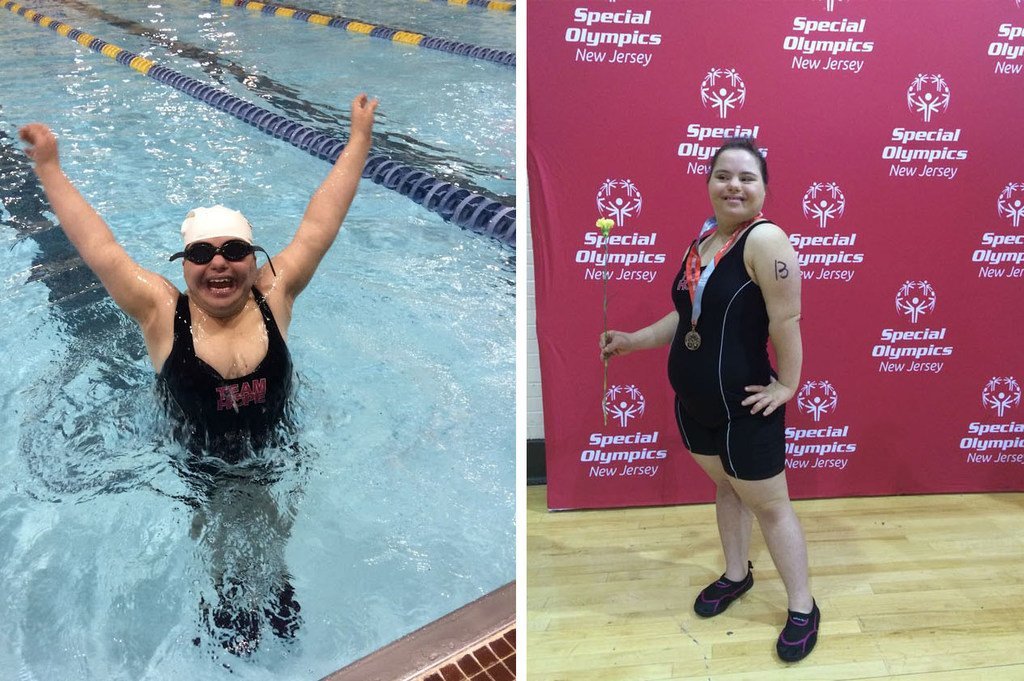 When I was looking for weekend activities for Sedra, I decided to teach her to swim. It was a little difficult in the beginning, until she settled into it, wearing a life jacket. After a while she became upset with the life jacket: her brothers were all swimming in deep water without help, and one day she took off the jacket and jumped into the 11 feet deep end. I was looking at her and my heart was beating, but then I saw her swimming and diving alone, full of joy, laughing and telling me “I can swim!”

Now, Sedra participates in the Special Olympics, held each year in the United States. She has won a large number of gold, silver and bronze medals.

She also enjoys a number of other activities. She is trained in ballet, performs and takes part in competitions; she loves drawing, music and technology. 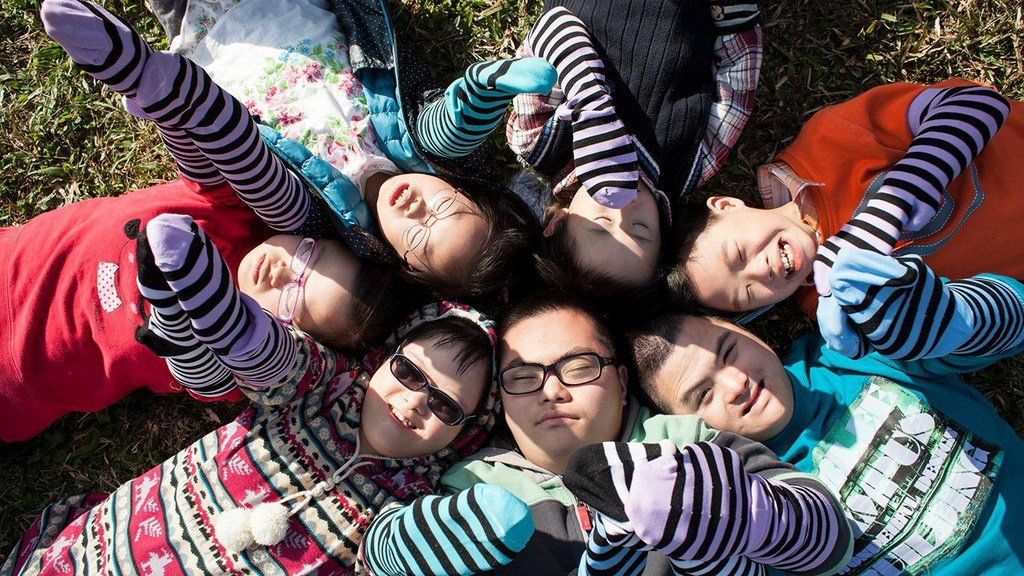 I believe that people with special needs can play a role in their societies, if we are able to guide and motivate them. Each of us has a part to play, as father, mother, brother, friend, school teachers, as well as the wider society and the state.

People with Down syndrome are able to manage their lives on their own, when directed and provided with appropriate care.

Those with special needs are not a burden on society. Society’s view of them should be one of encouragement, and not one of compassion, which is what we sometimes see. And if the investment in people with special needs is made in a correct way, and they are able to develop their skills, then they can become an integral part of the world we live in.” 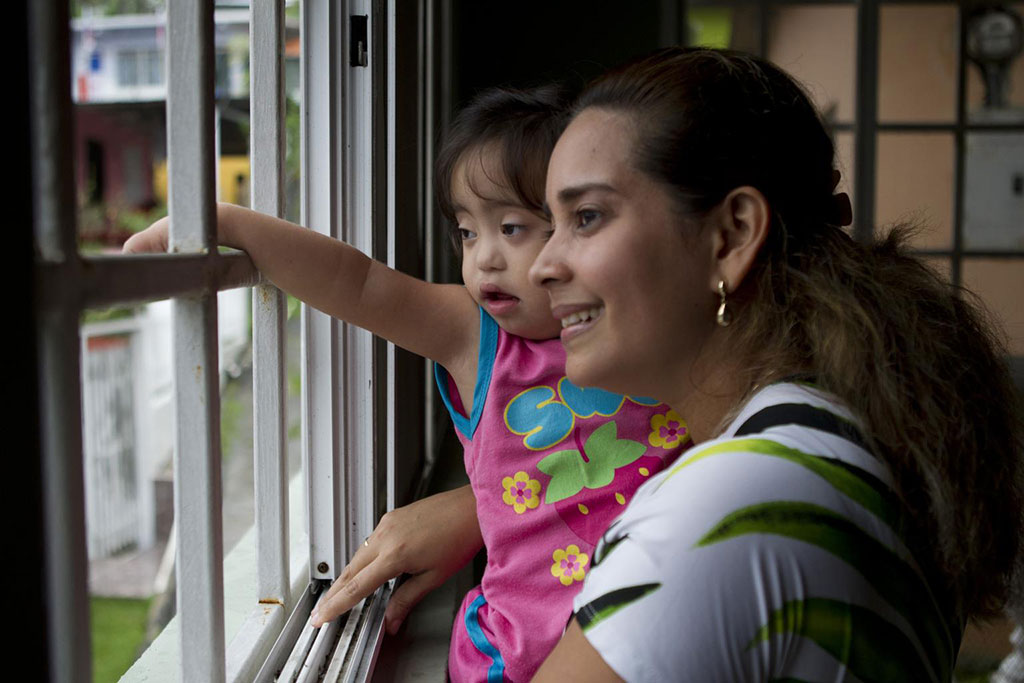 According to the United Nations World Health Organisation, Down Syndrome is a naturally occurring chromosomal arrangement, which having always been a part of the human condition, exists in all regions across the globe. Photo: UNICEF/Dormino 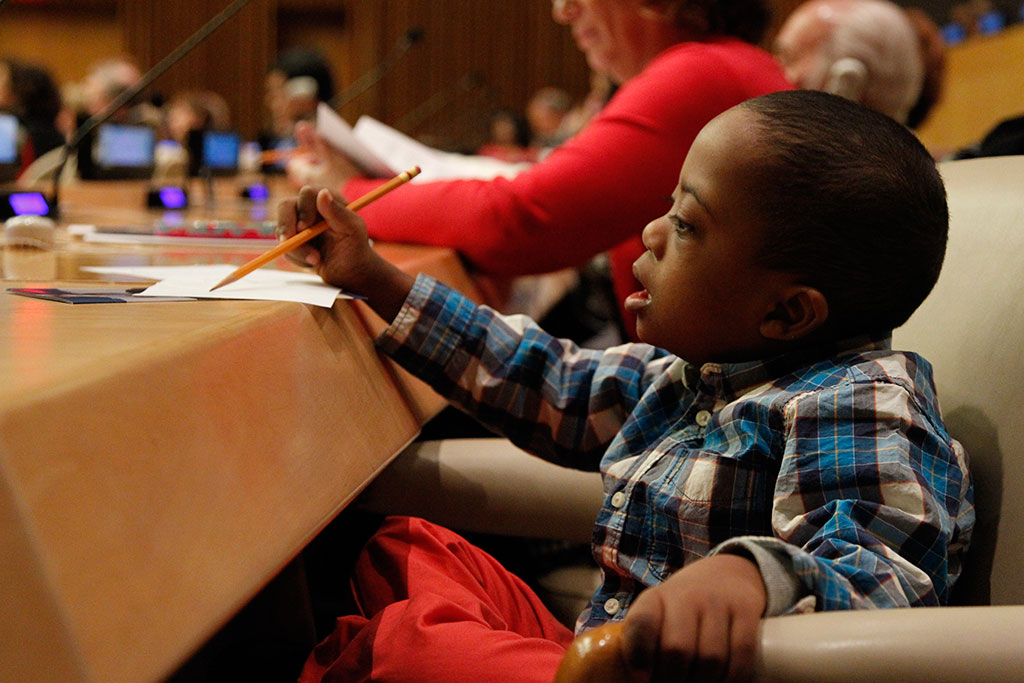 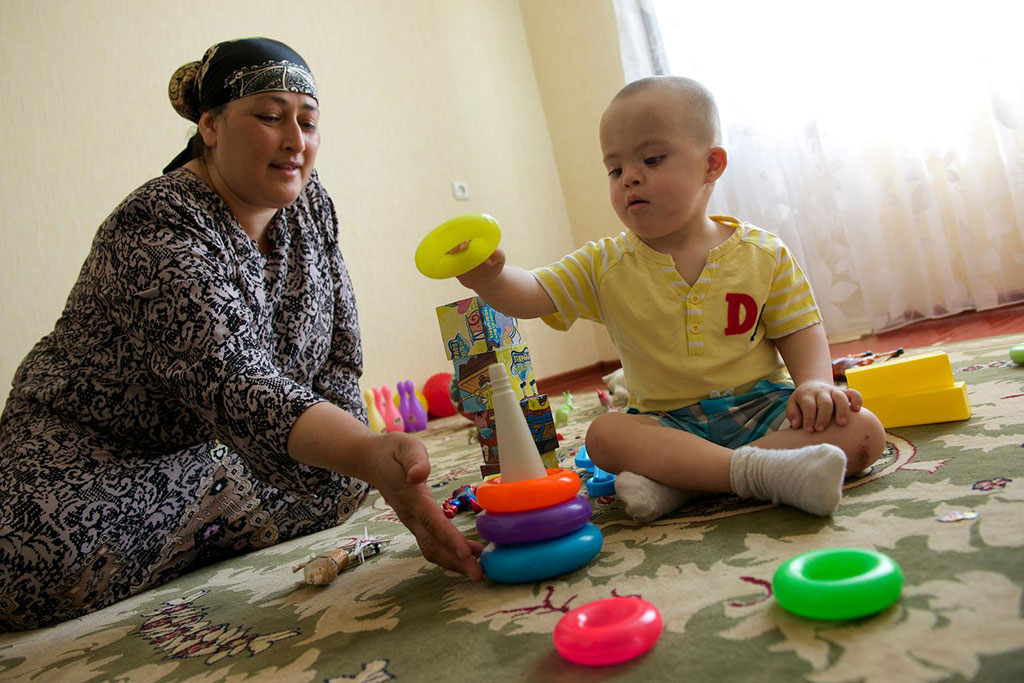 Early intervention programmes that include education, as well as appropriate research, are vital to the growth and development of the affected individual. Photo: UNICEF/Noorani

Member States, relevant organizations of the UN system and other international organizations, as well as civil society, are invited to observe the Day and raise public awareness of Down Syndrome. Photo: Fundown Caribe 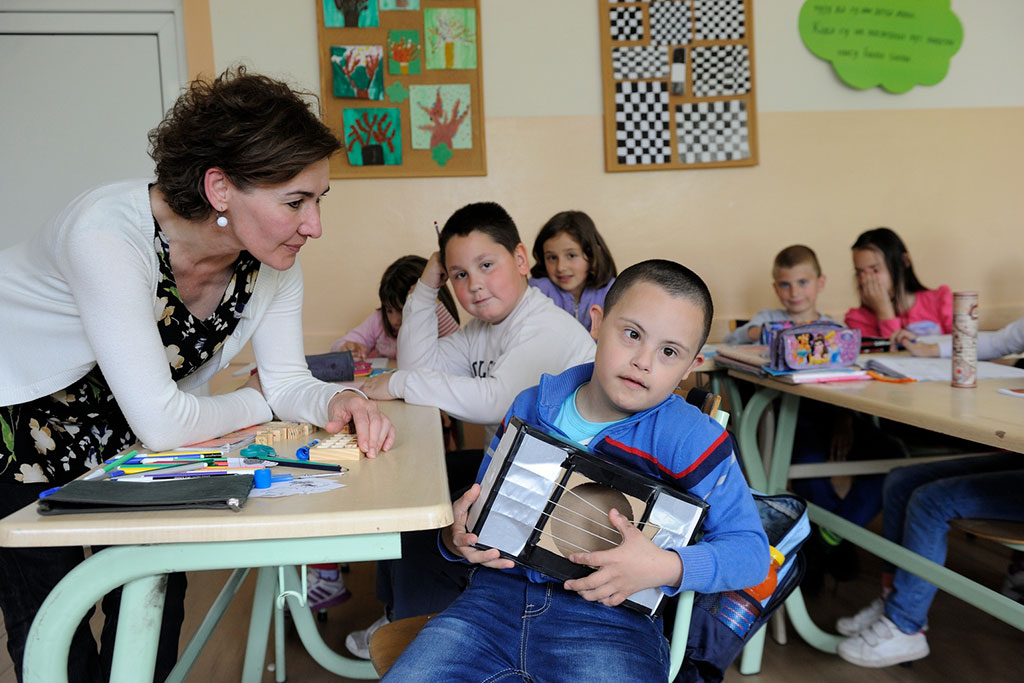 The quality of life of affected individuals can be improved by meeting health care needs that include: regular medical exams to monitor mental and physical condition and timely intervention, including physiotherapy, occupational therapy, speech therapy, counselling and/or special education. Photo: UNICEF/Shubuckl 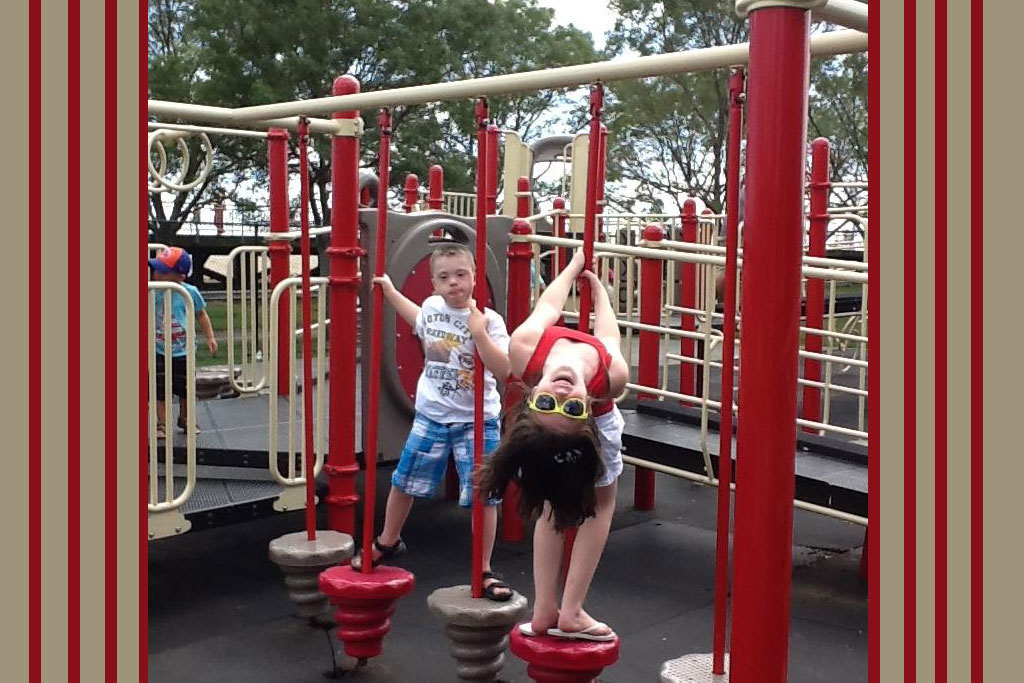 Individuals with Down Syndrome can achieve optimal quality of life through parental care and support, medical guidance and community based support systems like inclusive education at all levels. Photo: Margaret Thompson 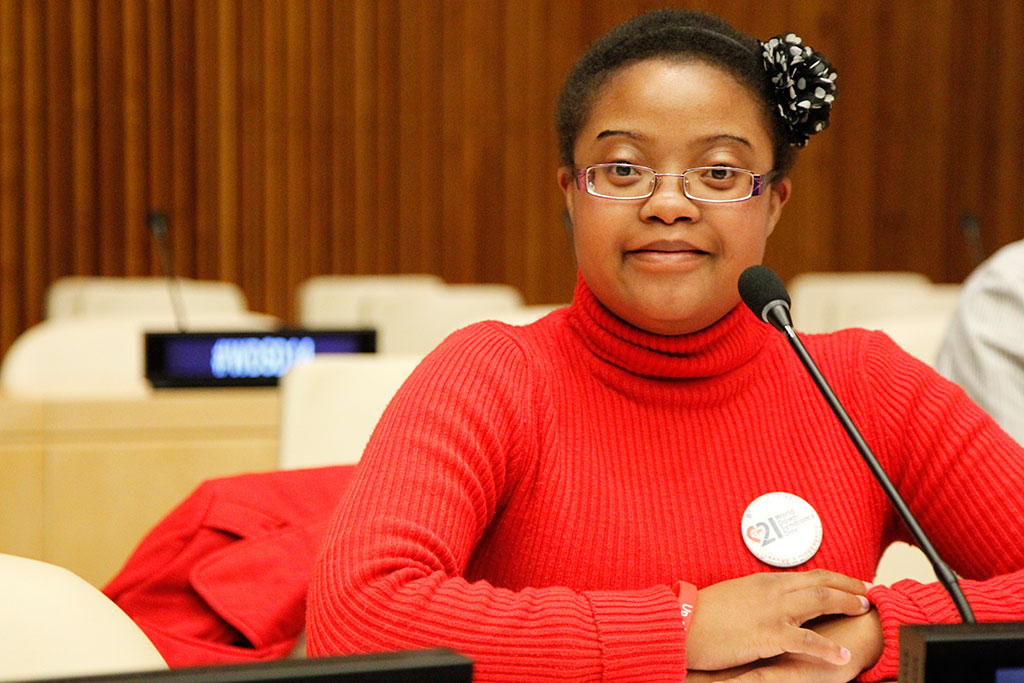 Under the hashtag #MyVoiceMyCommunity, this year’s commemoration aims to enable people with Down Syndrome to speak up, be heard and influence government policy and action. UN Photo/Paulo Filgueiras
< Previous Next >
♦ Receive daily updates directly in your inbox - Subscribe here to a topic.
♦ Download the UN News app for your iOS or Android devices.

People with Down syndrome can drive positive changes in their workplaces, communities and beyond

People with Down syndrome can drive positive changes in their workplaces, communities and beyond 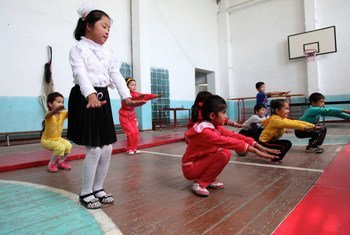 Today, the call that people with Down Syndrome be included to fully and equally participate in all aspects of society echoed widely throughout United Nations Headquarters in New York.