WHO/P. Phutpheng
Nurses greet visitors at a clinic set up at a hospital in Thailand to treat people with suspected COVID-19 symptoms.
15 March 2021
Women

Here at the #CSW65 Opening Session, we are hearing from @UN leaders, civil society members speaking up for their communities, and other stakeholders who are committed to making gender equality a reality.

‘The game-changer we need’

“The damage is incalculable and will resound down the decades, into future generations”, warned the UN chief, noting that women makes up most of the jobs that have been hardest hit by the pandemic, are far more likely than men to lose work, and that women’s and girls’ unpaid care work has risen dramatically owing to factors such as stay-at-home orders, the closure of schools and childcare facilities, and an increased need for elder care.

Yet dramatically improving the gender balance would not only benefit women, but the economy at large, said the UN chief, pointing to evidence showing that women’s participation enhances economic results, prompts greater investment in social protection, leads to more sustainable peace and advances climate action.

“Women’s equal participation”, he said, “is the game-changer we need”.

Women at the heart of COVID-19 response

Mr. Guterres went on to pay tribute to women’s leadership in the response to the pandemic, a major factor in efforts to keep transmission rates low and put countries back on the road to recovery, whilst women’s organizations have filled crucial gaps in the provision of services and information.

He said women are at the centre of the UN’s COVID-19 response and recovery – pushing for stimulus packages that support the informal economy, invest in the care economy and target women entrepreneurs – and working with governments to address a surge in violence against women.

The Secretary-General underlined the continued male domination in public life, and why it is so important for women to be involved in decision-making processes.

“When women are missing from decision-making, we see the world through only one perspective”, he said. “We create economic models that fail to measure the productive work that occurs in the home.”

Mr. Guterres detailed the changes being made at the UN to transform the gender balance at the Organization. These include bringing more women into senior leadership positions, reaching gender parity at the senior management levels, and striving to ensure women’s participation in peacekeeping, mediation and peacebuilding processes.

“We need to move beyond fixing women”, he declared, “and instead fix our systems. Pandemic recovery is our chance to chart a path to an equal future.”

Women ‘under siege from gender-based violence’

The sixty-fifth session of the Commission, the second to take place during the year-long pandemic, runs from 15 to 26 March, and will mostly involve virtual sessions, and events organized by UN Women, the United Nations agency which works to accelerate gender equality globally, in collaboration with other agencies, organizations and civil society.

The Executive Director of UN Women, Phumzile Mlambo-Ngcuka, said in her speech to the Commission that those hit hardest by the COVID-19 pandemic are those who are least able to cope.

Emerging from the crisis, said Ms. Mlambo-Ngcuka, 47 million more women have been pushed into living on less that $1.90 per day, 10 million more girls are anticipated to be at risk of child marriage over the next decade, and women are “under siege from gender-based violence”, suffering the highest rates of intimate partner violence ever seen, over the last 12 months.

Furthermore, violence against women in public life is a major deterrent to political participation, and affects women in all parts of the world. “under-representation of women is a factor in the slow progress in all aspects of gender equality”.

Ms. Mlambo-Ngcuka urged the delegates to refocus priorities, and make sure that women have their place at the high table, adding that it is inconceivable that the situation can be addressed, without women themselves taking part in decision-making.

A new global compact for women

Women’s voices in developed and developing countries continue to be silenced, amid pervasive discrimination and violence. said Mr. Akram. He added that women and girls face numerous obstacles, including conflict, terrorism, natural disasters, and inequality of training and employment.

The ECOSOC chief declared that sustainable development is not possible if women continue to be marginalized, and he called for a new global compact for women’s empowerment, and the elimination of all forms of violence against women and girls.

Mr. Bozkir called on UN Member States to take a series of concrete measures, including strengthening legislation against gender-based violence; establish reporting and redress mechanisms for victims; and committing to violence monitoring.

“No woman”, said the General Assembly President, “should feel the need to justify her presence or fear expressing herself. No woman should be under threat, underpaid, or underestimated.”

The Secretary-General proposed five measures that world leaders can take to advance the cause of gender equality.
♦ Receive daily updates directly in your inbox - Subscribe here to a topic.
♦ Download the UN News app for your iOS or Android devices.
CSW|GENDER EQUALITY 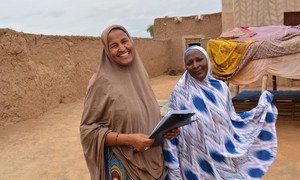 Setting a global roadmap for achieving full equality at decision-making tables is among the objectives of the 65th session of the UN’s Commission on the Status of Women (CSW), which opens in New York on Monday. 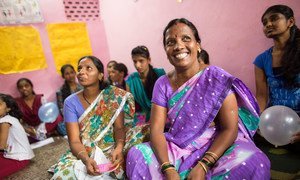 Exclusion of women in decisions that affect their lives is “bad governance [and] should not be allowed”, the UN Women chief said on Monday, International Women’s Day.