© UNICEF/Antoine Raab
Cambodia takes delivery of 324,000 doses of the AstraZeneca COVID-19 vaccine through the COVAX Facility.

The UN World Health Organization (WHO) said on Friday that it was aware of blood clot concerns linked to “a specific batch” of AstraZeneca/Oxford COVID-19 vaccine, but maintained that to date, no-one has died from any coronavirus vaccine.

The development comes after several European countries suspended the rollout of the jab as a precaution.

“As of 9 March, there have been over 268 million doses of vaccine delivered since the start of the pandemic, and based on data reported – that’s data reported to WHO by national governments - no causes of death have been found or been caused by COVID-19 vaccines to date”, said spokesperson Dr Margaret Harris.

Speaking via videoconference in Geneva, Dr Harris noted that the WHO’s independent expert global advisory board, SAGE, was currently assessing reports on the AstraZeneca vaccine and that those findings would be made public as soon as they were available.

Blood clotting episodes are common in people “so it’s not clear if this was something that was going to happen”, or whether the vaccine was responsible, the WHO spokesperson explained.

“A causal relationship ….has not been shown”, she said, while also underscoring that the European Union medical agencies’ risk assessment committee, Pharmacovigilance, had also decided that the vaccine’s benefits “continue to outweigh the risks”.

“The panel had taken the position that the jab should continue to be administered, while an investigation of cases of these thrombo-embolic events is ongoing”, Dr Harris continued.

Today is a milestone day for 🇲🇳Mongolia welcoming 14,400 doses of AstraZeneca-Oxford vaccines via #COVAX Facility, a partnership between @CEPIvaccines, @gavi, WHO and @UNICEF. It is part of a first wave of arrivals that will continue in the coming weeks.https://t.co/FVLscAjrfv pic.twitter.com/JjvfuEdHIa

To date, WHO has approved two vaccines for emergency use against COVID-19: the Pfizer/BioNTech vaccine - approved on 31 December 2020 – and two versions of the AstraZeneca/Oxford vaccine, on 15 February 2021.

The Chinese Sinovac jab is currently in the last stage of clinical evaluation and may be approved for use by the end of the month, Dr Harris said

Later on Friday, WHO also announced it had given clearance to the vaccine developed by Janssen (Johnson & Johnson), for emergency use in all countries and for the international UN-partnered effort to roll-out vaccines equitably across the world, COVAX.

The decision comes on the back of the European Medicines Agency (EMA) authorization, which was announced on Thursday.

“Every new, safe and effective tool against COVID-19 is another step closer to controlling the pandemic,", said WHO Director-General, Dr Tedros Adhanom Ghebreyesus.

“But the hope offered by these tools will not materialize unless they are made available to all people in all countries. I urge governments and companies to live up to their commitments and to use all solutions at their disposal to ramp up production so that these tools become truly global public goods, available and affordable to all, and a shared solution to the global crisis.”

The vaccine from Janssen is the first to be listed by WHO as a single dose shot, which should facilitate vaccination logistics in all countries, the agency said. "The ample data from large clinical trials shared by the company also shows that the vaccine is effective in older populations", said the agency in a press release.

Janssen
G7 leaders have committed to making COVID-19 vaccines available to all people and recently increased funding for the UN-led COVAX initiative. 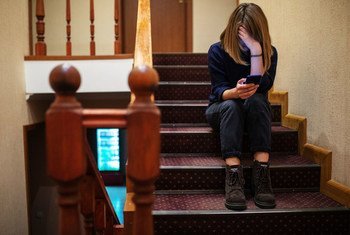 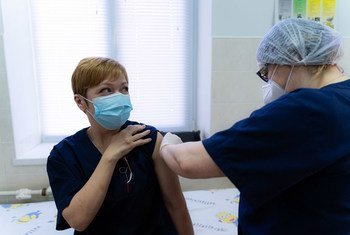 Urgent action is needed to increase production of COVID-19 vaccines that will be distributed through the global initiative making these medicines accessible by all countries, the UN’s top health official said on Friday.