© UNFPA/Ollivier Girard
Some 12 million women globally are estimated to have experienced disruptions in family planning services due to the COVID-19 pandemic.

One year since COVID-19 was officially declared a pandemic, the UN’s reproductive health agency said on Thursday that an estimated 12 million women have experienced disruptions to their family planning services.

According to new estimates from the UN Population Fund (UNFPA) and Avenir Health, this has led to around 1.4 million unintended pregnancies.

Together, the findings demonstrate how the pandemic has severely impacted women’s control over their own reproductive health, and undermined family planning.

Contraceptives out of stock

“The results, for many women, have been life-changing”, according to the UN sexual and reproductive health agency.

UNFPA profiled a 32-year-old Nepalese woman who married at 17, became a mother of four by age 24, and became pregnant after the nearby health centre ran out of contraceptives. Her fifth baby was born on 25 February.

Unintended pregnancies put a great strain on families that are already struggling under pandemic-related financial burdens, the UN agency explained.

And its consequences are not simply economic, they are also linked to increased maternal morbidity, mortality and unsafe abortions.

UNFPA’s projections showed that family planning services were largely disrupted in April and May of last year for an average of 3.6 months.

The agency pointed out that even amid rising costs and supply chain constraints, it was able to procure and deliver contraceptives and other reproductive health supplies, as well as personal protective equipment for health workers.

UNFPA sad that many women continue to face serious obstacles to receiving family planning and other life-saving reproductive health services.

Although the total costs of the pandemic are not yet known, the World Health Organization (WHO) estimates that 2.5 million people around the world have died from COVID-19.

When the full toll is calculated, UNFPA upheld that it will have to include the “extraordinary consequences” borne by women and girls, including those whose futures were rewritten, bodies injured or lives lost due to disruptions in access contraception and health care.

Women ‘systematically excluded’ from COVID response, despite being worst affected 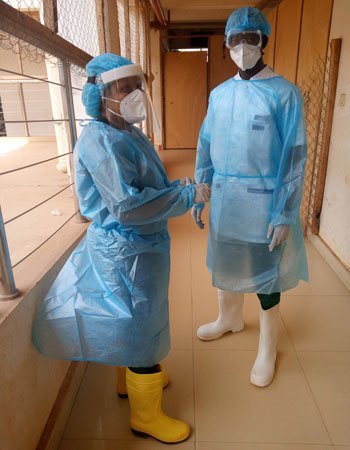 Women doctors and scientists on the frontlines of the global battle against COVID-19 have revealed how the pandemic has exposed gender gaps in both access to healthcare and professional development in their fields.