President Biden should do everything in his power to end death row executions in the United States, UN-appointed independent rights experts said on Thursday.

The call comes after a resumption of federal executions in the US in the last year of Donald Trump’s Presidency, in which 13 people were put to death.

🇺🇸 #USA: UN experts call on @POTUS to do everything in his power to end executions in the #UnitedStates, at both the federal and state level.

In their appeal to the White House, the rights experts insisted that the death penalty served “no deterrent value and cannot be reconciled with the right to life”.

The punishment is “inherently flawed” and disproportionately affected African-Americans and people living in poverty, they maintained.

Due process guarantees were also violated by the practice, the rights experts alleged, before calling on Mr. Biden to grant clemency to 48 people, many on death row for a decade or more.

“This should be only a first step”, the experts declared. “We further urge the president, as well as members of Congress, to strongly support legislative efforts to formally abolish the death penalty at a federal level.”

They argued that the president “should consider all other possible federal-level actions including directing the Department of Justice to stop seeking the death penalty and withdrawing notices of intent to seek the death penalty in ongoing cases.”

Thousands more individuals remain on state death rows across the country and several executions are scheduled at state level in 2021.

In their appeal for concrete measures to halt the practice, the experts urged lawmakers to consider linking federal funding to alternative sentencing and banning the sale and transport of chemicals used in lethal injections.

Although 108 countries have abolished capital punishment, 60 per cent of the world's population live in the 48 countries that retain it, such as China, India and Iran.

“There is no time to lose with thousands of individuals on state death rows across the country”, they said, making clear that they had written to the White House to express their concerns.

The full list of experts involved, is at the bottom of the press statement released by the human rights office, OHCHR, here.

The Special Rapporteurs, Independent Experts and Working Groups are part of what is known as the Special Procedures of the Human Rights Council. The experts are not UN staff and do not receive a salary for their work. They are independent from any government or organization and serve in their individual capacity.

♦ Receive daily updates directly in your inbox - Subscribe here to a topic.
♦ Download the UN News app for your iOS or Android devices.
United States|death penalty 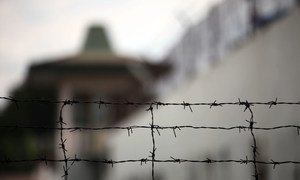 UN independent human rights experts expressed serious concern on Thursday, after the United States Government rescheduled the execution of Lisa Montgomery for 12 January, just days before new President Joe Biden, an opponent of the death penalty, is due to be sworn in. 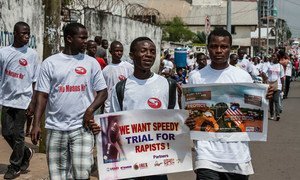