© UNICEF/Khaled Akacha
A child living in an IDP camp in northwestern Syria.

Seven years after the Security Council mandated the destruction of Syria’s chemical weapons programme, there have been only “limited developments” in the implementation of resolution 2118, passed unanimously in 2013 to bring the country into compliance with its global obligations, the UN disarmament chief said on Thursday.

“At this stage, the declaration submitted by [Syria] cannot be considered accurate and complete,” Izumi Nakamitsu, UN High Representative for Disarmament Affairs told the Security Council in her monthly briefing, owing to “identified gaps, inconsistencies and discrepancies that remain unresolved”.

Detailing the latest developments, she said her Office received information from the Permanent Mission of Syria, which it carefully studied and forwarded to the Technical Secretariat of the Organisation for the Prohibition of Chemical Weapons (OPCW), the world body overseeing implementation of the Chemical Weapons Convention.

While the pandemic continues to impact OPCW’s ability to deploy to Syria, she said its Technical Secretariat nonetheless has continued with its mandated activities related to the elimination of Syria’s chemical weapons programme.

Importantly, she said the OPCW Declaration Assessment Team - set up in 2014 to establish facts surrounding claims of toxic chemicals use in Syria for hostile purposes - deployed to the country from 7 to 25 February 2021 for the twenty-fourth round of consultations.  The findings will be reported to the OPCW Executive Council “in due course”, Ms. Nakamitsu explained.

Recalling that 19 declaration-related issues remain outstanding, she said one of them pertains to a chemical weapons production facility declared by the Syrian National Authority as never having been used for the production of chemical weapons.

However, analysis of all the information and other materials gathered by the Declaration Assessment Team since 2014 indicates that production and/or weaponization of chemical warfare nerve agents did, in fact, take place at this facility.

Syria has yet to respond to OPCW’s request that it declare the exact types and quantities of chemical agents produced and/or weaponized at this site.

“I would like to remind Council members that efforts to resolve these outstanding issues have now been ongoing since 2014”, she said, adding that “the confidence of the international community in the complete elimination of Syria’s chemical weapons programme depends upon these issues being finalized.” She also reiterated the call on Syria to cooperate fully with the OPCW Technical Secretariat.

Among other developments, she said samples collected during the seventh round of OPCW inspections at the Barzah and Jamrayah facilities of the Syrian Scientific Studies and Research Centre, between 8 and 13 November 2020, were split at the OPCW Laboratory in the presence of a representative of Syria, and sent to designated laboratories for analysis.  “I look forward to the findings of this round of inspections,” she said.

There is no justification for the use of chemical weapons by anyone, anywhere and under any circumstances -- UN disarmament chief

She also outlined her understanding that Syria has yet to provide sufficient technical information or explanations that would enable the OPCW Technical Secretariat to close the issue related to the finding of a Schedule 2 chemical detected at the Research Centre’s Barzah facilities during the third round of inspections in 2018.

The OPCW Fact-Finding Mission, meanwhile, is studying all available information related to the alleged use of chemical weapons in Syria, engaging with Syrian authorities and other States Parties to the Chemical Weapons Convention on a “variety of incidents”, she said.

The Investigation and Identification Team likewise continues its research into incidents in which the Fact-Finding Mission has determined that chemical weapons were used or likely used, she said, and will issue further reports “in due course”.

A call for accountability

With that, she affirmed that the use of chemical weapons is a profound threat to peace and security, as well as to the disarmament and non-proliferation architecture that was so painstakingly constructed over past decades.  “There is no justification for the use of chemical weapons by anyone, anywhere and under any circumstances,” she stressed.  “Those who have used them must be identified and held to account.” 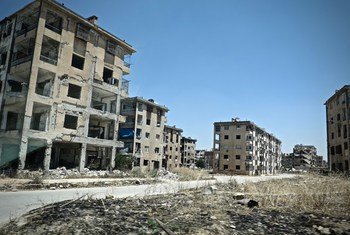 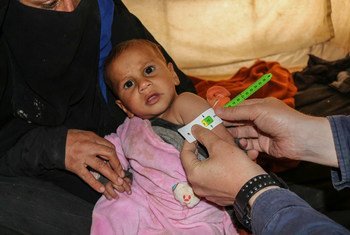 The UN Children’s Fund (UNICEF) on Sunday urged all countries to repatriate and safely reintegrate their young nationals being held at Syria’s largest camp for refugees and internally-displaced, following a deadly weekend fire at Al-Hol camp which saw at least three children die, and another 15 injured.