UN independent human rights experts appealed on Thursday for authorities in Egypt to remove two activists from a “terrorist” list and to stop systemic use of terrorism powers.

Ramy Shaath and Zyad El-Elaimy were arrested in June 2019 and their names were added to the list last April.

🇪🇬 #Egypt: UN experts urge authorities to remove Ramy Shaath &amp; Zyad El-Elaimy from a “terrorist” list and to stop the systemic misuse of counter-terrorism powers. They are concerned that this indicates a systemic problem with #HumanRights protections 👉 https://t.co/7uAIXZNyUe pic.twitter.com/vAasMNFW7f

An appeal to remove them was heard on Wednesday and the decision is due on 10 March.

“We are deeply concerned about the impact on the rights of Mr. Shaath and Mr. El-Elaimy following this listing last year, including fair process, right to freedom of assembly and association, and the negative impact on their family life, their right to work and their right to participate in public affairs”, the experts said in a statement.

They also were “highly concerned” that Mr. Shaath and Mr. El-Elaimy apparently were added to the list “without evidence” and in their absence.

“Such absence of process is profoundly regrettable and raises concern that the authorities are targeting human rights defenders and civil society actors”, their statement continued.

The rights experts include members of the Working Group on Arbitrary Detention which issued a recent opinion that found Mr. Shaath was arbitrarily detained and should be immediately released.

“We are deeply disturbed about counter-terrorism law, its definitions, misuse and the practice by the Egyptian authorities, and in particular the misuse of listing procedures at national level, to attack individuals engaged in human rights work”, they added. “

"The continued misuse of counter-terrorism powers is not consistent with the State’s international law obligations and undermines broader international efforts to prevent terrorism by misusing such powers domestically.”

The experts urged the Egyptian Government to ensure measures to combat terrorism and protect national security comply with international law and do not hinder the work or safety of human rights defenders.

“These cases are among many others in the past five years in which the Working Group has found the Government of Egypt to be in violation of its international human rights obligations,” they  said.

The statement was issued by Fionnuala Ní Aoláin, UN Special Rapporteur on the promotion and protection of human rights while countering terrorism, alongside five members of the Working Group on Arbitrary Detention.

The independent experts were appointed by the UN Human Rights Council in Geneva.  They are not UN staff members, nor do they receive a salary from the Organization 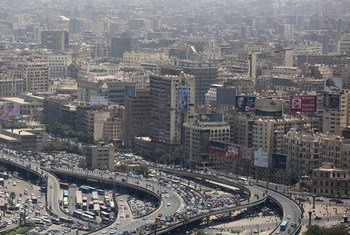