United Nations independent human rights experts on Thursday, condemned the hanging of a prisoner from the Baloch minority in Iran, voicing fear that a “disturbing” recent increase in executions of community members “will continue”.

The experts said they were “shocked” that the execution of Javid Dehghan, on 30 January, was carried out despite their urgent appeal last week to the Iranian Government to halt it, as well as calls by the UN human rights office (OHCHR) and the civil society.

“We informed the Iranian Government of grave concerns that Mr. Dehghan’s death sentence followed serious violations of his fair trial rights, including claims he was tortured, held in prolonged solitary confinement, subjected to enforced disappearance and forced to confess, concerns that do not appear to have been investigated by the Iranian authorities”, they said.

Mr. Dehghan was arrested in June 2015, accused of involvement in an armed group and in an attack that killed two Islamic Revolutionary Guard Corps officers, according to a news release. In May 2017, a special “Revolutionary Court” sentenced Mr. Dehghan to death, in spite of him telling the court he had been tortured, and retracting a forced confession.

He was also denied an appeal and on 25 January, his lawyer was informed that the Iranian Supreme Court rejected another request for judicial review, the news release added.

“The concerns raised in this case of serious fair trial violations, including lack of an effective right of appeal and a torture-induced forced confession, mean that the Iranian Government’s implementation of his death sentence amounts to an arbitrary execution”, the experts said.

One of ‘several’ recent executions

The independent human rights experts also raised alarm that Mr. Dehghan’s execution is one of several recently carried out against prisoners from the Baloch minority in Iran.

According to information received, at least 21 Balochi prisoners were executed in Zahedan, Mashhad and Isfahan prisons since mid-December 2020, the experts said, noting that many of them had been convicted on drug or national security charges, following flawed legal processes.

In Zahedan prison alone, some 124 prisoners are reported to be on death row, including for crimes not involving intentional killing.

“We are very disturbed by this trend of executions against Baloch minority prisoners on death row and by practices of enforced disappearance of persons belonging to minorities”, the experts said, recalling their concerns for individuals from other minority groups who are also an imminent risk or have been executed in Iran.

“We call on the Islamic Republic of Iran to immediately halt these executions and to overturn all death sentences ordered which are contrary to international human rights law. We also urge the Government to urgently implement a moratorium on the death penalty as a first step towards its abolition”, the experts said.

The rights experts voicing their concerns included the special rapporteurs on the situation of human rights in Iran; on extrajudicial, summary or arbitrary executions; on torture and other cruel, inhuman or degrading treatment or punishment; and on minority issues; as well as the members of the Working Group on Enforced or Involuntary Disappearances. 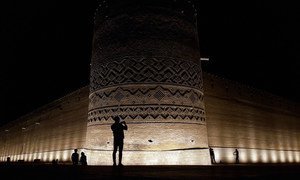