UNFPA Nepal/Santosh Chhetri
A UNFPA staff member speaks with a new mother cradling her child (not pictured), who were affected by the devastating 2015 earthquakes in Nepal. (file photo)

The United Nations Secretary-General, on Thursday, welcomed the United States administration’s announcement to restore funding to the UN Population Fund (UNFPA), calling it a “powerful message” for women and girls globally.

“The decision will transform and save women’s and girls’ lives across the world, from the most pressing humanitarian emergencies to the most remote and hard-to-reach communities, and everywhere in between”, Secretary-General António Guterres said in a statement.

The US decision to #FundUNFPA sends a message of hope to vulnerable women and girls everywhere.With the support of our partners, we can end needless deaths in childbirth, stop gender-based violence, and make family planning available to all who want it: https://t.co/ZHQc7LEBPS pic.twitter.com/E7NVgjKrcl

The move was also hailed by the wider international community, including governments, civil society, NGOs, and the private sector.

Former president Donald Trump, in 2017, stopped US funding for UNFPA, alleging, without evidence, that the agency supported coercive abortions and forced sterilization programmes in China.

UNFPA refuted the “erroneous” claim, stressing that “all of its work promotes the human rights of individuals and couples to make their own decisions, free of coercion or discrimination.”

The US is one of the founding members of UNFPA. In 2016, it provided approximately $69 million to the UN agency, supporting critical response in crisis-affected communities, as well as programmes to improve the lives of women and young people in developing countries.

First enacted in 1984, the Mexico City Policy barred US funds from going to organizations that provide abortions, abortion counselling or advocate for the legal right to abortion. The programme was expanded under former president Trump who banned funds from going to NGOs that themselves provide funding for abortion groups.

“This Policy has led to the defunding not only of reproductive health services globally but also in recent years to broader health services, an issue which in the midst of the current pandemic has been shown to be central to achieving the Sustainable Development Goals (SDGs)”, the UN chief said.

“Together, these decisions also send a powerful message to women and girls around the world that their rights matter”, he added.

The renewal of partnership between the US Government and UNFPA is “a ray of hope” for millions of people around, Executive Director Natalia Kanem said.

The US decision will have significant impact on the lives of women and girls across the world, funding lifesaving maternal health care, family planning services and programmes ending violence against women and girls, according to UNFPA.

“[We] look forward to working with President Biden, Vice President Kamala Harris and the American people to deliver a world where every pregnancy is wanted, every childbirth is safe and every young person can grow up safely to achieve their full potential”, the agency added. 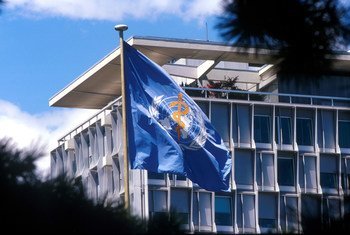 The United Nations Secretary-General on Wednesday welcomed the announcement by President Joe Biden that the United States will re-engage with the World Health Organization (WHO) and play a full role in advancing global health and health security.