The comments came after the 6 January conviction by an Israeli military court of the Palestinian human rights defender and founder of Youth Against Settlements, a Hebron-based group, which opposes settlement expansion through non-violent civil resistance.

In a statement from the UN human rights office, OHCHR, issued on Tuesday, the experts said that the country must immediately stop using its array of military security tools “to obstruct the legitimate and indispensable work of human rights defenders.”

Mr. Amro was convicted of six charges related to his human rights activities between 2010 and 2016. The experts said they fear he will be imprisoned when he is sentenced on 8 February.

“This is part of a clear and systematic pattern of detention, judicial harassment and intimidation by Israel of human rights defenders, a pattern that has increased in intensity recently”, the experts continued.

They said Israeli authorities had arrested Mr. Amro numerous times, with the aim of silencing those who would defend the human rights of others.

“The failure to notify authorities of an upcoming assembly does not in itself render the act of participating in the assembly as unlawful”, they stated.

Mr. Amro was convicted of three counts relating to participation in demonstrations without a permit. Another two counts relate to obstructing security forces, which concerned alleged refusal to accompany Israeli law enforcement officers during arrest. He was also convicted of assault, for allegedly pushing a settlement guard in 2010.

“This conviction is part of a pattern where Israeli military law is used to restrict and penalise Palestinians for exercising their inviolable political and civil rights.”, the experts concluded, adding that the conviction appeared to be politically motivated.

Mr. Amro was first put on trial in an Israeli military court in 2016 on 18 charges dating back to 2010, including incitement, entering a closed military zone, and participating in a march without a permit. He had been taking part in a peaceful protest calling for the re-opening of Shuhada Street, the former commercial centre of Hebron.

The Special Rapporteurs and other human rights experts have sent several letters to Israel seeking clarifications regarding Issa Amro’s case, according to the OHCHR statement.

Special Rapporteurs and independent human rights experts are appointed by the Geneva-based UN Human Rights Council and are neither UN staff nor paid for their work.

♦ Receive daily updates directly in your inbox - Subscribe here to a topic.
♦ Download the UN News app for your iOS or Android devices.
Israel|human rights|Palestine 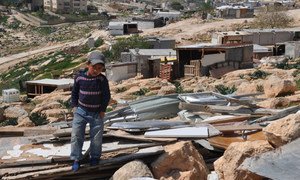 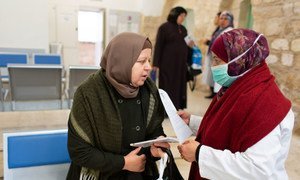