The UN chief announced on Thursday that he has set up an independent Senior Advisory Panel on strengthening the mechanism whereby humanitarian workers and sites are better protected from attack in Syria, according to a statement released by his spokesperson.

As Syria’s warring parties had in some cases failed to abide by obligations to protect civilian facilities on the UN’s so-called deconfliction list – that would exempt them from military targeting because they either involved healthcare or other purely civilian activities, or were supported by the UN –  last April Secretary-General António Guterres submitted a letter to the Security Council transmitting a report by a UN Headquarters Board of Inquiry that he had set up to investigate incidents in northwest Syria since 17 September 2017.

“The Board has made a series of recommendations, which I am considering carefully”, the Secretary-General wrote to the Council.

The UN chief acknowledged that some of the issues raised were complex, such as which parties to a conflict should be given so-called deconfliction information.

In response to his promise to appoint “a senior independent adviser with expertise and experience in this area”, following consultations, Mr. Guterres selected former senior UN humanitarian official Jan Egeland as Chair of a three-person independent Senior Advisory Panel on deconfliction, serving alongside Erika Feller, a former Assistant High Commissioner of the UN refugees agency and Radhouane Noucier, a past UN regional humanitarian coordinator for Syria.

“The Panel will conduct its work independently and will provide the Secretary-General with advice on how to strengthen the deconfliction mechanism operated by OCHA [the UN Office for the Coordination of Humanitarian Affairs] in Syria”, according to spokesperson, Stéphane Dujarric.

Moreover, it will advise the UN chief on the Board of Inquiry’s recommendations related to the deconfliction mechanism and on lessons that can be learned for the future.

Mr. Dujarric said that the Panel had begun its work on 11 January and is expected to submit a final report to the Secretary-General by 10 May. 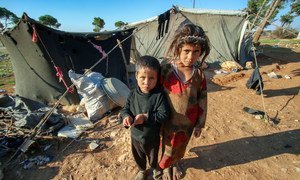 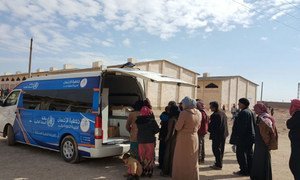 Parties to Syria’s brutal civil war, now in its tenth year, failed to abide by their obligations under international law to avoid attacks on hospitals and other civilian facilities that featured on the UN’s so-called deconfliction list, Secretary-General António Guterres said on Monday.