Indonesian Red Cross
A victim of the earthquake that struck West Sulawesi Province in Indonesia on 15 January is moved into an ambulance.

At least 35 people have been killed and hundreds of others injured after a 6.2 magnitude earthquake struck the West Sulawesi Province of Indonesia on Friday morning, according to the UN humanitarian coordination office (OCHA).

The earthquake unleashed dozens of aftershocks, some six kilometres northeast of the city of Majene,  causing heavy damage across the city, including to the five-story Mitra Manakarra Hospital where eight people were reportedly trapped inside.

“The Governor’s office, two hotels, a mall, a community health centre, and over 300 houses also sustained damage”, said the spokesperson for the UN Office for the Coordination of Humanitarian Affairs (OCHA), Jens Laerke.

Local authorities have reported that 638 people have been injured and more than 18,000 have been temporarily displaced to 10 evacuation sites.

However, these numbers are expected to increase as assessments continue.

“The earthquake interrupted the access road between Majene and the provincial capital Mamuju in three different locations”, said Mr. Laerke.

“Electricity, communications network and fuel supply have also been disrupted”, he added.

The OCHA spokesperson pointed out that the earthquake followed a 5.7 magnitude shock that rocked the same area on Thursday afternoon.

The chief of Indonesia’s Meteorology and Geophysics agency, Dwikorita Karnawati, warned that strong aftershocks could follow, telling a news conference that there had already been at least 26, after the two quakes had rocked the area, since Thursday afternoon.

“The structures of the materials and rocks under the earth are unstable or weak after 28 tremors, and these may cause an underwater landslide and trigger a tsunami”, she said, recommending that people stay away from the coast if another strong quake strikes.

Rushing in to help

National authorities have so far mobilized four helicopters as well as food and medical assistance, including orthopaedic and psychosocial support, along with tents, mattresses and special kits for children and the elderly.

High-level officials are visiting the area later on Friday and response coordination has begun.

“The UN is in close contact with the Indonesian Government and stands ready to support the response”, said the OCHA spokesperson.

The Indonesian Red Cross and non-governmental organizations are also mobilizing to help survivors. 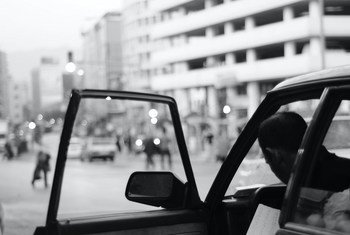 Secretary-General António Guterres is saddened by the loss of life and damage caused by the powerful earthquake in the Aegean Sea on Friday.