UNICEF/Vincent Tremeau
People walk on a road in the Tillaberi region in western Niger. (file photo)

The United Nations Secretary-General has strongly condemned Saturday’s attack by unidentified gunmen on two villages in western Niger, which reportedly left about one hundred people dead, while hundreds of survivors fled the scene on foot.

In a statement issued by his spokesperson on Sunday, Secretary-General António Guterres urged the Government to bring those responsible to justice.

Secretary-General @antonioguterres strongly condemns yesterday’s attacks by unidentified gunmen on two villages in Niger. He reaffirms the solidarity and support of @UN to the Government and people of Niger. https://t.co/wQN8pLqF2H

“The Secretary-General trusts that the Nigerien authorities will spare no effort in identifying and swiftly bringing the perpetrators of this heinous act to justice while enhancing the protection of civilians,” the statement said.

Mr. Guterres also reaffirmed the solidarity and support of the UN for the Government and people of Niger in their fight against terrorism, violent extremism and organized crime.

The President of the UN General Assembly Volkan Bozkir also denounced the attacks.

The attacks, targeting the villages of Tchombangou and Zaroumbareye, in Tillabéri region, are said to be one of the deadliest in the country badly affected by Boko Haram violence. The villages are located about 120 kilometres (75 miles) from capital Niamey.

According to local reports, several gunmen, riding motorcycles, split into two groups and attacked the villages simultaneously. Up to 70 people were killed in Tchombangou and 30 in Zaroumbareye. At least 75 people are also said to have been wounded.

UNHCR, the UN refugee agency, also condemned the attacks "in the strongest terms". Some of the injured were evacuated to Ouallam and Niamey, 80 and 120 kilometres away respectively.

“We express our deepest condolences to the families of the victims of these outrageous attacks on peaceful communities”, said UNHCR Representative in Niger, Alessandra Morelli. “Communities which are now torn apart by brutality and forced to flee in a region where tens of thousands of people displaced by violence are hosted and hoping to rebuild their lives.”

According to local sources, the agency reported, the survivors of the attacks and the population of four other neighbouring villages have fled. At least 1,000 people are now on the move, trying to reach Ouallam. Many are making the journey on foot.

In Ouallam, UNHCR and its partners are already providing humanitarian assistance to refugees, internally displaced people, and host families in need.

“We are preparing to assist the people with essential care, shelter, and protection, but also psychological support to help them overcome the horror they have experienced” said Mr. Morelli. 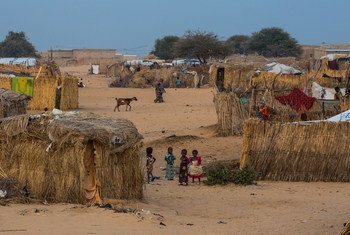 The United Nations voiced grave concern on Tuesday for the safety of thousands of refugees and internally displaced in the wake of a deadly attack on Toumour, a town in southeastern Niger’s Diffa region, near the border with Nigeria.