The year drew to a close in Argentina with “a ground-breaking law” that legalizes abortions up to 14 weeks of pregnancy, in a move that independent UN rights experts called on Thursday, “a crucial step in eliminating discrimination against women and girls”.

“This law is a historic step in Argentina’s fulfilment of its international human rights obligations and becomes a model for the whole region and beyond”, said the experts, after Argentina’s Upper House, or Senate, adopted yesterday the bill that had already been passed by the lower house, known as the Chamber of Deputies.

🇦🇷#Argentina: UN experts praise historic law legalising abortion and making it safer. This law is a crucial step in eliminating discrimination against women & girls. It’s now important that the law be applied in the whole country and not be usurped.
👉 https://t.co/Je7xQynqXw pic.twitter.com/Y09sPLgpMr

Until now, the mostly Catholic country permitted abortions only in cases of rape or when the woman’s health was at risk, although, the experts pointed out, in practice they were often not available even on those grounds.

“We welcome this law that should make abortion safer”, they said. “Criminalizing abortion had done little to stop termination of pregnancies, but simply drove women to illegal, unsafe abortions, and many women died as a result.”

The existing law also discriminated against women and girls living in poverty who could not afford to travel abroad or pay for a safe procedure. Moreover, it contributed to forced continuation of pregnancy, even in cases where the pregnancy resulted from rape.

Women and girls have rights to equality, physical and mental integrity and privacy, which require that they must enjoy the right to make autonomous decisions about their pregnancies, said the experts.

And according to World Health Organization (WHO) statistics, countries in which women have access to information, contraception and the right to terminate pregnancies have the lowest rate of actual terminations.

Against the backdrop of several unsuccessful attempts to get the law through Argentina’s Congress in recent years, the experts applauded “the extraordinary mobilization of all activists in the country who contributed to the adoption of this law”.

At the same time, they cautioned that “much remains to be done to ensure women’s and girls’ rights to equality and highest standard of sexual and reproductive health”.

“It’s now important that the law be applied in the whole country and not be usurped by a political agenda or religious dogma”, the experts underscored.

News media reported that after a marathon debate that lasted through the night, the vote that yielded the decision was held at 4:00 am – registering 38 in favour, 29 against and one abstention.

‘Time is of the essence’

The UN experts however, raised their concern over a conscientious objection clause that allows health professionals not to perform abortions should they violate their personal beliefs.

Conscientious objection can only be allowed where there is a clear duty and an effective possibility to refer the pregnant person to a competent and willing provider without any delay to the procedure, the UN experts said.

“This clause should not become a new barrier to timely access to abortion services”, they underscored. “In these cases, time is of the essence”.

♦ Receive daily updates directly in your inbox - Subscribe here to a topic.
♦ Download the UN News app for your iOS or Android devices.
Argentina|abortion 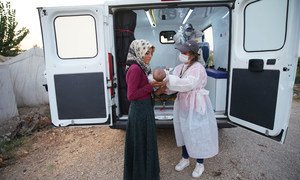 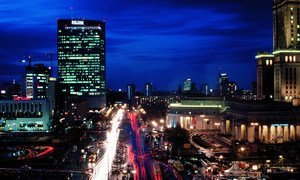