Amidst “disturbing reports” from Ethiopians fleeing to Sudan, the UN refugee agency called on Friday for “unfettered access to Tigray in order to reach people in need”.

Babar Baloch, spokesperson for the Office of the UN High Commissioner for Refugees (UNHCR), repeated the joint UN call for all parties to “allow freedom of movement to affected civilians seeking assistance, safety and security within the Tigray region or outside the affected areas”.

“This includes respecting and upholding the right to cross international borders to seek asylum”, he told journalists in Geneva.

A Government offensive began on 4 November after forces loyal to the ruling Tigray People’s Liberation Front (TPLF) reportedly attacked a federal military base.

While those escaping from the northern region have been trending downward to under 500 per day, more recent groups coming from areas deeper inside Tigray, are sharing “harrowing accounts of being stopped by armed groups and robbed of their possessions”, according to the UNHCR spokesperson.

He relayed reports that, arriving weak and exhausted, some refugees had spent “two weeks on the run inside Ethiopia as they made their way to the border”.

Moreover, many had hidden “in fields and bushes to avoid being spotted”.

“Without access in Ethiopia we are unable to verify these disturbing reports”, said the UNHCR spokesperson.

Mr. Baloch expressed the UN refugee agency’s deep concern over the safety and condition of the Eritrean refugees in Tigray who have been caught in the conflict and left without access to services and supplies for more than a month.

At a press briefing on Monday, Secretary-General António Guterres had said that Prime Minister Abiy Ahmed “guaranteed to me that they have not entered Tigrayan territory, that the only area where they are, is the area that corresponded to the disputed territory between the two countries” that, in the peace agreement, it was decided, would be returned to Eritrea.

However, according to news reports, while Ethiopia’s government said its completed military offensive against the Tigray regional government’s leaders did not threaten Eritrean refugees, international aid groups said four of their staffers had been killed, at least one in a refugee camp there.

Since 6 December, the UN refugee agency has registered 50,000 Ethiopian refugees crossing into Sudan and continues to work with the local authorities and partners, scaling up its humanitarian response to assist them.

“We have seen increasing requests for family tracing, as many were separated at the start of the conflict or during flight and have not been able to get in contact since”, said the UNHCR spokesperson.

“More medicines are needed, especially for those who were taking chronic medication for diabetes, HIV and other illness”, he added.

And UNHCR also continues to move refugees away from the border with some 14,000 relocated to the Um Rakuba refugee settlement so far.

Along with its partners, the UN refugee agency have appealed for $147 million to cover the needs and to support the government of Sudan, which continues to welcome and host refugees.

At the same time, the World Food Programme (WFP) is providing food and logistical support to those crossing from Tigray, including helping to establish camps away from the border.

As the refugees move into the camps, the UN agency has set up six supply hubs for food storage and other vital aid, transported humanitarian responders and provided two fuel tankers for humanitarian use.

With influx of new arrivals straining WFP’s ability to respond to existing crises in Sudan, it appealed to the international community to step up their generous donations to save lives

Meanwhile, the UN's International Organization for Migration (IOM) on Friday, strongly refuted allegations that it is holding a group of Eritrean refugees in the capital for forced return, along with allegations that its buses have been used to transport the refugees to an unknown destination.

On 3 December, one of three IOM centres in Addis Ababa was taken over by the Ethiopian Government's Agency for Refugee and Returnee Affairs (ARRA).

IOM said in a statement that it has had no management authority, oversight or involvement in any activities undertaken by the authorities in the centre since that time, nor does it, under any circumstances. conduct the forced return of migrants and refugees.

The Organization's approach to return assistance for migrants relies on the pillars of protection, human rights and voluntariness and in full respect of International Law.

IOM is extremely concerned about these reports and appeals to States to ensure the protection of all civilians, including migrants and refugees, upholding that international law and its conventions, including the Principle of Non-Refoulement, must be respected at all times. 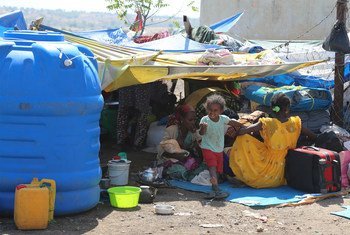 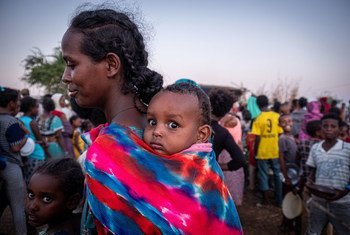