UN News/Daniela Gross
Cordillera Huayhuash in August 2019. The Andes contain 99% of the world's tropical glaciers and 71% are in Peru.

Although many of the world’s most important crops and livestock species originate in mountain regions, hunger is rising in these areas due to biodiversity loss and climate change, according to a joint study published on Friday by the UN Food and Agriculture Organization (FAO) and partners.

It found that between 2000 and 2017, the number of mountain people vulnerable to food insecurity in developing countries grew from 243 million to almost 350 million.

“One in every two rural mountain people in developing countries do not have enough food to live a healthy life and they are now dealing with the impact of the COVID-19 pandemic. We must protect our mountains and the livelihoods of those who depend on them", said FAO Deputy Director-General Maria Helena Semedo.

The study was released on International Mountain Day, observed annually on 11 December.  The focus this year is on the social, economic and ecological value of mountain biodiversity.

Mountains cover roughly 27 per cent of the land surface of the planet and provide essential goods and services, such as water, food and energy.

Between 60 and 80 per cent of the world’s freshwater comes from these regions, which also contain many crops and animals used for food and medicine.

However, mountain ecosystems are frequently coming under pressure from changes to land use and climate, and because of other factors such as overexploitation and pollution, thus putting livelihoods and food security at risk.

“The vulnerability to food insecurity of the mountain people in the developing world is compounded by the presence and occurrence of natural hazards and armed conflicts that disrupt livelihoods or put strain on the natural resources on which mountain people depend”, the study concluded.

Mountain populations are also disproportionally affected by environmental degradation, which has increased due to climate change, as have landslides, droughts and other natural hazards.

The authors said the COVID-19 pandemic has added urgency to an already difficult situation as restrictions imposed by national authorities have heightened the vulnerabilities of those communities which rely on agriculture and tourism for their survival.

The joint study was conducted by FAO, the Mountain Partnership Secretariat (MPS) and the United Nations Convention to Combat Desertification (UNCCD).

The authors recommend urgent action to address climate change, as well as food insecurity and malnutrition, in mountain areas.

They also called for policies that improve resilience of mountain ecosystems and which promote sustainable food systems.

“Ultimately, the goal of this study is to call on decision-makers and other stakeholders to strengthen cooperative action to reduce the vulnerability of mountain people, in particular local communities and indigenous people, and of the most vulnerable among them, often women and children,” the study said 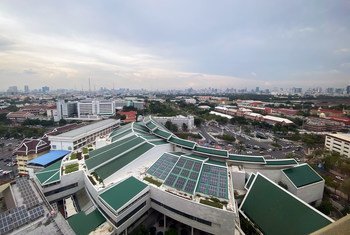