Afghanistan’s justice system is continuing to fail female victims of violence and sex crimes, despite a 2009 law that was hailed as a significant step forward in legal efforts to protect them, according to a UN report published jointly on Monday by the UN human rights office (OHCHR) and the UN Mission in Afghanistan (UNAMA).

“I acknowledge the efforts made by the Afghan authorities over the years to ensure the justice system is fair, equal and does not discriminate against anyone, including women. However, it is clearly not enough”, High Commissioner for Human Rights Michelle Bachelet said in a statement.

The report, In search of justice for crimes of violence against women and girls, examined 303 reports of crimes between September 2018 and February 2020, and found that only half of them reached a court, and impunity remained prevalent. Out of 16 cases of child marriage studied by the authors, only one ended in a conviction.

Only half of the documented cases of violence against women and girls reported to the justice system in #Afghanistan reached a primary court, finds new UN report. Impunity remains prevalent. Read more: https://t.co/aDoRBvcvSn pic.twitter.com/l5ysGc8cTA

In 40 cases, victims of violence had resorted to self-immolation or committed suicide, suggesting they did not have faith in the justice system.

“It is both heart-breaking and appalling that girls and women don’t see any other option to escape violence but to end their lives”, Ms. Bachelet said.

Afghanistan should amend the Elimination of Violence Against Women (EVAW) Law, passed in 2009, to ensure that authorities can continue to investigate and prosecute offences even if the victim withdraws her complaint, the report said.

Currently, a prosecution stops if the victim withdraws her complaint. That places a huge burden on the shoulders of the victim, especially if reporting a crime places her at odds with her family and community, and even puts her in danger.

“In far too many cases, the EVAW Law re-victimizes women and girls who have already suffered enormously. It is appalling that survivors who have been beaten or married against their will are left to fend for themselves and that the State does not protect them unless they bring and pursue their complaints”, Ms. Bachelet said.

The vast majority of child marriages are arranged or condoned by the girls’ families, so it is unrealistic to expect girls to pursue their legal cases, the report said.

One case concerned two men arrested for exchanging their 13- and 14-year old daughters as wives. The men were released because the girls and their mothers withdrew the complaint.

Afghanistan also needed to do much more to protect women and girls in other ways, the report states. It documented 22 cases of murder perpetrated for reasons of so-called “honour”, which was banned as a mitigating factor for murder in 2018, and said that documented “honour killings” resulted in a much lower rate of conviction (22.7 per cent) than other murders (51 per cent).

Women and girls were prosecuted for having extramarital sex after being raped or simply leaving home without a male guardian, the report highlights.

Rape victims were unlikely to report the crime if they faced prosecution. Some rape victims were subjected to “virginity testing”, which was both entirely unscientific and a serious human rights violation, and the results were sometimes used as evidence in criminal proceedings, according to the report’s findings.

First Person: ‘If I die fighting for justice, I will not have regrets’

Climate change heightens threats of violence against women and girls 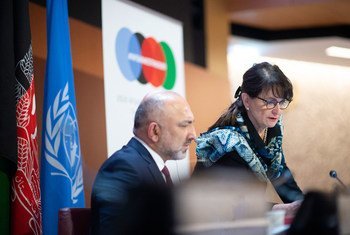 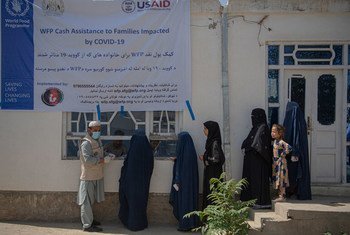 Two top UN officials called for an end to the long-running conflict in Afghanistan on Monday, telling a major conference in Geneva that normality could only return to the country if there was a sustained ceasefire.