The United Nations has strongly condemned an attack, on Saturday, against civilians in Nigeria’s restive Borno state, and underlined the need to bring the perpetrators to justice.

In early afternoon on 28 November, local time, suspected militants attacked civilian men and women while they were harvesting crops in Koshobe village and other rural communities in Jere Local Government Area, near provincial capital Maiduguri. According to reports, at least 43 people were killed and many wounded.

There are also reports that many people, including women have been abducted.

In a statement issued by his spokesperson, UN Secretary-General António Guterres called for “the immediate and safe return of the abductees and those still reported missing.”

“The Secretary-General reaffirms the commitment of the United Nations to support the Government of Nigeria in its fight against terrorism and violent extremism and in its response to pressing humanitarian needs in the north-east of the country,” the statement added.

The Boko Haram insurgency in Nigeria has claimed the lives of thousands of people and displaced millions from their homes. The violence, coupled with climate shocks has also aggravated food security, leaving an estimated 10 million people in need of humanitarian assistance and protection.

According to a senior UN humanitarian official in Nigeria, rural communities are shocked by the brutality of the attack and fear for their safety.

“It is the most violent direct attack against innocent civilians this year,” Edward Kallon, UN Resident and Humanitarian Coordinator in Nigeria, said in a statement.

“It is unfortunately one of too many such attacks targeting farmers, fishermen and families who are trying to recover some livelihood opportunity after over a decade of conflict,” said Mr. Kallon.

Mr. Kallon went on to note that the entire UN system and the humanitarian community working to provide life-saving and development assistance to the most vulnerable in Borno state is “outraged” by the incident.

“Such direct attacks against innocent civilians jeopardize the ability for the most vulnerable people to survive the adversity there are facing, and which we are striving to alleviate,” the UN official added, calling on all actors on the ground to “respect international laws and humanity”. 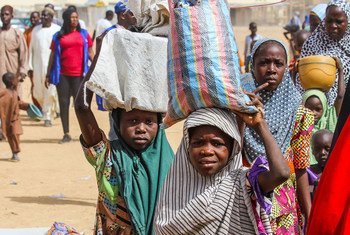