© UNICEF/Karin Schermbrucke
A mother in Mbarara, Western Uganda, ensures that both her children receive their pediatric HIV medicine at the same time every day.

Countries should adopt ambitious new targets to tackle HIV / AIDS to avoid hundreds of thousands of additional infections and deaths linked to the COVID-19 pandemic, the UN said on Thursday.

In its appeal, the specialised UN agency UNAIDS warned that the pandemic has pushed the world’s AIDS response even further off track, and that 2020 targets are being missed.

It urged countries to learn from the lessons of underinvesting in healthcare and to step up global action to end AIDS and other global health emergencies.

Citing new data showing the pandemic’s long-term impact on global HIV response, UNAIDS said that there could be up to nearly 300,000 additional new HIV infections between now and 2022, and up to 148,000 more AIDS-related deaths.

The failure to invest in HIV responses has come at a terrible price Winnie Byanyima, Executive Director of UNAIDS

"The collective failure to invest sufficiently in comprehensive, rights-based, people-centred HIV responses has come at a terrible price," said Winnie Byanyima, Executive Director of UNAIDS. "Implementing just the most politically palatable programmes will not turn the tide against COVID-19 or end AIDS. To get the global response back on track will require putting people first and tackling the inequalities on which epidemics thrive."

Although countries in sub-Saharan Africa including Botswana and Eswatini have achieved or even exceeded targets set for 2020, "many more countries are falling way behind", UNAIDS said in a new report, entitled Prevailing against pandemics by putting people at the centre.

UNAIDS India
A doctor examines a mother and her new born baby in a clinic in India.

Get on track to ending AIDS

The UNAIDS document contains a set of proposed targets for 2025 that are based on the actions of countries that been most successful in overcoming HIV.

Specifically, the goals focus on a high coverage of HIV and reproductive and sexual health services, together with the removal of punitive laws, policies, stigma and discrimination.

"Far greater investments" in pandemic response will be needed along with "bold, ambitious but achievable HIV targets", UNAIDS said.

"They put people at the centre…the people most at risk and the marginalized," it added. "Young women and girls, adolescents, sex workers, transgender people, people who inject drugs and gay men and other men who have sex with men."

If these targets are met, the world will be back on track to ending AIDS as a public health threat by 2030, the agency maintained. 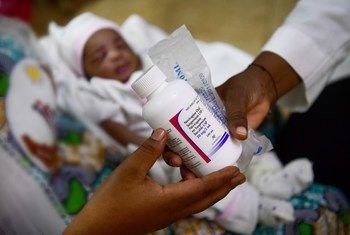 Approximately once every minute and 40 seconds, a child or young person under the age of 20 was infected with HIV last year, the UN Children’s Fund (UNICEF) has reported, calling on governments to “protect, sustain and accelerate” efforts to combat childhood HIV. 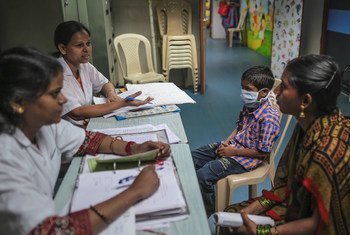