Iran must halt any planned execution of Iranian-Swedish academic Ahmadreza Djalali, who has not been given a fair trial and was forced to confess under torture, two experts advising the UN Human Rights Council said on Wednesday.

Javaid Rehman, Special Rapporteur on the situation of human rights in the Islamic Republic of Iran, and Agnes Callamard, Special Rapporteur on extrajudicial, summary or arbitrary executions, said in a statement they were alarmed by the reports that Mr. Djalali had been transferred to solitary confinement in preparation for his execution.

Alarmed by reports that #AhmadrezaDjalali has been transferred to solitary confinement in preparation for his execution despite widely held findings that his trial was grossly unfair and he was tortured, UN experts call on #Iran to reverse this decision 👉 https://t.co/Cj1TIyqdS9 pic.twitter.com/NK2qWVZGNN

“We are horrified by the reports that Mr. Djalali is soon to be executed by the Islamic Republic of Iran. His torture, arbitrary detention, death sentence and now reported imminent execution are unconscionable acts that should be condemned by the international community in the strongest terms”, the experts said.

“We urge the Iranian authorities to take immediate action to reverse this decision before it is too late.”

Mr. Djalali telephoned his wife on 24 November in what he said would be his last farewell, to say he was being sent to solitary confinement in Raja’i Shahr prison in Karaj, which is understood to be routine before the implementation of death sentences, the statement said.

During a visit to the prosecutor’s office at Evin Prison, Mr. Djalali’s lawyer saw the order to carry out the death sentence, but there had been no official information provided to the lawyer or to Mr. Djalali’s family, the statement said.

“The decision of the Iranian Government and judiciary to execute Mr. Djalali is completely reprehensible. On several counts, this would be a clear and serious violation of Iran’s obligations under international human rights law, especially the right to life. We urge the Islamic Republic of Iran to stop this execution immediately,” said the experts.

The statement said Mr. Djalali, a medical doctor and researcher into disaster medicine who was resident in Sweden, was sentenced to death on spurious espionage charges in October 2017, a verdict that came with credible evidence of a forced confession, torture and a grossly unfair trial.

After his trial, the UN Working Group on Arbitrary Detention called on Iran to immediately release and compensate Mr. Djalali, having found his deprivation of liberty to be arbitrary and in breach of the Universal Declaration of Human Rights and the International Covenant on Civil and Political Rights, including his rights to effectively challenge the legality of detention, to a fair trial and to an effective defence.

During his detention, he has been repeatedly denied medical treatment, despite the strong likelihood that he has leukaemia, Wednesday’s statement said.

The Special Rapporteurs, Independent Experts and Working Groups are part of what is known as the Special Procedures of the Human Rights Council. The experts work on a voluntary basis; they are not UN staff and do not receive a salary. They are independent from any government or organization and serve in their individual capacity. 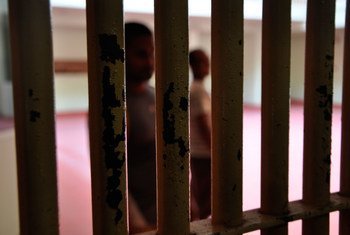