ICC-CPI/Pete Muller
Eunice was abducted as a child and forced to fight with rebels in Uganda.

FROM THE FIELD: Girl child soldier shunned at home in Uganda

A young mother has been talking about how she was shunned by her community in Uganda when she returned home after being abducted and forced to fight for rebels as a child soldier. 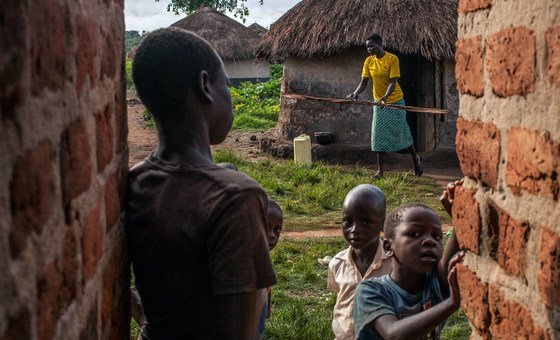 Eunice has been shunned by her community after being forced to fight for rebels in northern Uganda. , by ICC-CPI/Pete Muller

Eunice’s parents were killed in the years long conflict in the north of the East African country, leaving her unable to protect herself from abduction and forced marriage. Now her community is unwilling to accept her back, branding her a "rebel."

She is one of many women around the world who have suffered due to conflict and are keen for their stories to be heard and understood.

She was interviewed as part of an initiative focusing on international justice launched by the UN-backed International Criminal Court (ICC).

Based in The Hague, the ICC is the world’s first permanent international court to prosecute some of the most heinous of crimes, including genocide, war crimes and crimes against humanity.

♦ Receive daily updates directly in your inbox - Subscribe here to a topic.
♦ Download the UN News app for your iOS or Android devices.
Uganda|child soldiers|From the Field

FROM THE FIELD: Love in the time of COVID

FROM THE FIELD: Finding a meaning in life following conflict and family loss