© UNICEF/Tanya Bindra
A girl stands outside her home in the Tigray Region, Ethiopia.
21 November 2020
Peace and Security

UN Secretary-General António Guterres has welcomed the African Union’s (AU) appointment of three high-level envoys to help resolve the conflict in the Tigray region of Ethiopia, calling it an "initiative for peace.” 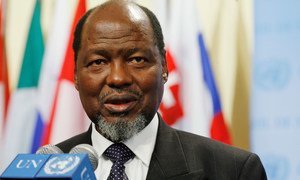 They were appointed on Friday by the AU Chairperson, President Cyril Ramaphosa of South Africa.

In welcoming the decision, the Secretary-General underlined the UN’s support for efforts towards ensuring a peaceful, stable and prosperous Ethiopia, according to a statement issued later that day by his Spokesperson. 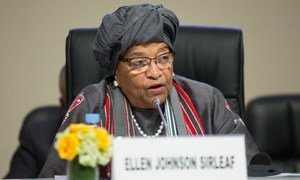 "He commends the Chairperson of the African Union, President Cyril Ramaphosa of South Africa, for this initiative and extends the full support of the United Nations. He also expresses his appreciation to Prime Minister Abiy Ahmed of Ethiopia for facilitating this initiative for peace,” it said.

More than 30,000 people have fled Tigray region, located in northern Ethiopia, for Sudan in the past two weeks to escape fighting between national and regional forces.

The UN estimates that up to 200,000 could arrive in the coming months. 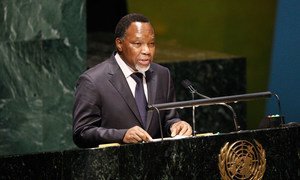 UN-African Union partnership ‘not a choice but a necessity’, Security Council hears 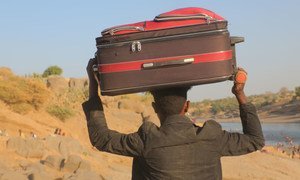 In a briefing to journalists on Thursday, a senior UN humanitarian official in Sudan recounted moving testimony from refugees who are crossing the border from Ethiopia in their thousands, fleeing fighting in Tigray province.