United Nations/Chetan Soni
Digital connectivity, in places like India, is indispensable to overcome the pandemic, and for a sustainable and inclusive recovery (file photo).

While the COVID-19 pandemic has shown the importance of digital technologies and the benefits of connectivity, it has also exacerbated inequalities, including basic online access, UN Secretary-General António Guterres said on Tuesday in a video message to the closing session of the Internet Governance Forum (IGF).

Due to the digital divide, nearly half the world’s citizens are denied opportunities to study, communicate, shop, work and participate in much of modern life, he said, with close to half a billion students – including at least 11 million girls – affected by school closures.

Closing press release: Digital inclusion is critical for strong recovery from COVID-19! #IGF2020 calls for global unity to bridge digital divides!Much needs to be done until #IGF2021. The new MAG is appointed to plan the 16th IGF in Poland! https://t.co/MGSaY07gYP

Meanwhile, disinformation about COVID-19 spread online has put health and lives at risk.

The Secretary-General welcomed the Forum’s focus on digital inclusion, which he described as essential to building strong recovery from the pandemic.

“We urgently need to address the growing digital gender gap and put digital technology to work for those who need it most: the vulnerable, the marginalized, those living in poverty, and people suffering from discrimination of all kinds,” he said.

Mr. Guterres stressed that the pursuit of inclusion must also focus on how to make the best use of digital data for the public good.

“Together, as we seek to build a strong recovery from the pandemic, we can reduce the harmful aspects of digital technology, and unleash its power as a true equalizer and enabler”, he said.

“I urge all governments to make sure that your response and recovery plans include increasing digital connectivity in a way that is affordable, safe and inclusive.”

The IGF was established in 2006, bringing together representatives from governments, the private sector, civil society, academia and the technical community.

Many are already working closely with the UN to connect, respect and protect all people online, in line with the Secretary-General’s Roadmap for Digital Cooperation, released in June.

More than 6,000 people from 173 countries took part in this year’s virtual Forum, marking a record level of participation.

“COVID-19 has caused loss of life, brought untold hardship and uncertainties to people around the world. At the same time however, it has shone a spotlight on the possibilities of the new normal, which is more digital than ever”, said Liu Zhenmin, head of the UN’s Department for Economic and Social Affairs.

Acknowledging the current “critical moment” and its historic challenges, Mr. Liu looked forward to the next IGF in December 2021, when participants will gather – he hoped in person - in Katowice, Poland.

The Secretary-General praised the IGF for its “vital role in connecting the dots on the global digital map” but stressed the need to reach decision-makers.

He called for decisive and urgent action to strengthen the Forum “so that it can enhance its unique role in the digital cooperation architecture.”

The UN chief pointed to areas for improvement, such as increasing the Forum’s visibility, to a proposal for a high-level body that can translate its discussions into concrete impact.

“My Roadmap sets out a series of actions to this end, and I intend to move quickly on those that fall under my responsibility”, he said. 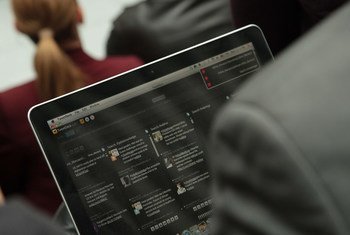 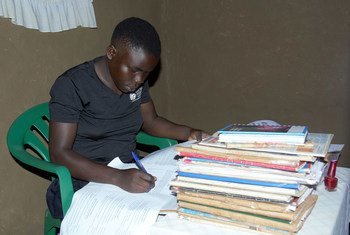 The COVID-19 pandemic has robbed children in the poorest countries of nearly four months of schooling, compared to six weeks of lost education for their counterparts in high income countries, according to a report published on Thursday by the UN educational and cultural organization, UNESCO; the UN Children’s Fund (UNICEF) and the World Bank.