A new trade bloc covering a huge swathe of the Asia-Pacific region will play an important role in developing poorer economies and in post-pandemic stimulus, according to a report published on Monday by the UN Conference on Trade and Development (UNCTAD).

The Regional Comprehensive Economic Partnership agreement (RCEP) was signed on Sunday by 15 countries including China, Japan, Australia, Vietnam and South Korea, jointly covering a total population of more than 2.3 billion people - five times the size of the European Union.

Framework for the future

“The agreement could help revive post-COVID economic growth, boost intra-regional trade and investment links at a time of global trade tensions, and provide a framework for further regional cooperation”, the report said.

Asia is already a major destination for foreign direct investment (FDI) and it has fared relatively well as an investment target during the global pandemic, but RCEP could give its members extra support and a stimulus as the pandemic subsides, the report said.

There is significant scope for RCEP members to invest more in each other, especially in the ASEAN group of countries, it notes. After the pandemic, investors would be looking for infrastructure, clean energy and healthcare projects, while multinational companies might seek to build more resilient supply chains by buying and developing assets within the RCEP bloc.

“RCEP could stimulate investment for development”, the UNCTAD report said.

The RCEP bloc includes three least developed countries: Cambodia, Myanmar and Lao People’s Democratic Republic. They already get the bulk of their FDI from other RCEP members but the creation of the trade agreement could lead to them play a stronger role in global value chains (GVC) that supply markets around the world.

“Economic cooperation under the partnership could further boost both project finance in infrastructure and industrial investment to increase their GVC participation”, the UNCTAD report said.

The birth of RCEP could also encourage firms to start up new projects within the bloc as they switch away from producing in China – an ongoing trend thanks to rising costs and the trade tensions of the past four years, noted the trade body analysis. 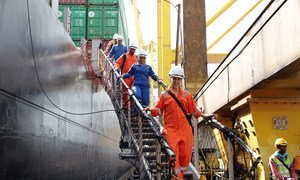 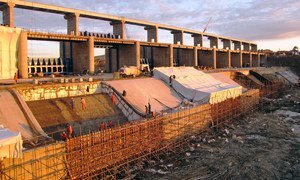 Foreign direct investment (FDI), a bellwether of globalisation and economic confidence, fell by 49 per cent to $399 billion in the first half of 2020, amid the upheaval caused by the coronavirus pandemic, a new report from the UN trade and development organization UNCTAD showed on Tuesday.