© UNICEF/Tanya Bindra
A girl stands outside her home in the Tigray Region, Ethiopia.

Disturbing reports of an alleged massacre have surfaced in Ethiopia’s Tigray region, amid fighting between national and regional forces that may become impossible to control, the UN human rights chief warned on Friday.

Reacting to emerging details of mass killings involving scores of victims in the town of Mai-Kadra, Michelle Bachelet said that “if the Tigray national (and) regional forces and Ethiopian Government forces continue down the path they are on, there is a risk this situation will spiral totally out of control”.

🇪🇹 #Ethiopia: Amid emerging reports of mass killings in the town of Mai-Kadra, @mbachelet expresses increasing alarm at rapidly deteriorating situation in #Tigray: "I strongly urge both sides to realize that there will be no winner in such a situation" 👉 https://t.co/vClDLmDjYW pic.twitter.com/zwSNvYJo0U

This risked “heavy casualties and destruction, as well as mass displacement within Ethiopia itself and across borders”, her spokesperson, Rupert Colville, told journalists at a press briefing in Geneva.

Although the UN rights chief noted that the details of the alleged atrocity reported by Amnesty International in southwest Tigray “have not yet been fully verified”, she urged a full inquiry.

“If confirmed as having been deliberately carried out by a party to the current fighting, these killings of civilians would of course amount to war crimes”, she said.

The High Commissioner repeated her call to “stop the fighting and prevent any further atrocities from taking place”, before highlighting the devastating military power being brought to bear in the conflict.

“Despite the severing of communications with Tigray making it difficult to verify the extent of the damage so far, we’ve received reports from a variety of sources suggesting increased airstrikes by Government forces as well as fierce ground fighting between the opposing forces”, she said.

Cuts to essential services for vulnerable populations as well as a communications blackout and access problems “by road and by air” for relief agencies were also deeply worrying, Ms. Bachelet added.

Regional and political tensions have risen since 2018, when newly-elected Ethiopian Prime Minister Abiy Ahmed merged several ethnically based regional parties into a single national force, amid an ambitious reform programme.

Violence erupted at the start of the month in Tigray involving federal and local forces, following the reported takeover of an army base in the Tigrayan capital, Mekelle, which prompted the Prime Minister to order a military offensive.

Prior to the Tigray escalation, dozens of people in western Oromia region were killed and injured in attacks.

In a new alert over the safety of civilians in Tigray, the UN refugee agency, UNHCR, reiterated concerns for the safety of more than 96,000 Eritreans living in four refugee camps, and host communities living alongside them.

They are in addition to the 100,000 people in Tigray who were already internally displaced at the start of the conflict.

“Fighting in Tigray yesterday moved closer to Shimelba refugee camp – which hosts 6,500 Eritrean refugees – raising concerns of mass displacement from the camp itself”, said Babar Baloch, UNHCR spokesperson. “UNHCR is making preparations to receive refugees who have already begun arriving at another refugee camp, Hitsats, 50 kilometres away, and is considering further relocation options in the region.”

Refugees from Ethiopia continue to flee into neighbouring Sudan “increasingly rapidly”, Mr. Baloch said, “with over 4,000 crossing the border in just one day”.

Inside Sudan, those arriving from Ethiopia have been offered temporary shelter in transit centres near the border entry points of Ludgi in Gederef and Hamdayet in Kassala state.

They receive water and meals, while UNHCR and local authorities jointly screen and register the men, women and children seeking safety.

“The transit centre at Hamdayet border crossing has a capacity to accommodate only 300 refugees, but is already overwhelmed with 6,000 people”, Mr. Baloch explained. “Sanitation facilities are insufficient, impacting hygiene.”

No winners from conflict

Reiterating her 6 November appeal for talks and resolve differences “without delay” and an immediate cessation of hostilities, UN Human Rights chief Bachelet insisted that both sides should understand that fighting would produce “no winner”.

A protracted internal conflict “will inflict devastating damage on both Tigray and Ethiopia as a whole, undoing years of vital development progress,” she said. “It could, in addition, all too easily spill across borders, potentially destabilizing the whole sub-region.”

In a statement condemning reports of targeted attacks against civilians based on their ethnicity or religion, UN Special Advisers Patten and Smith said that ethnic violence in Ethiopia had reached an alarming level over the past two years.

The stigmatization of certain ethnic groups - including the Tigray, Amhara, Somali and Oromo – has significantly contributed to ethnic intolerance in the country, they insisted.

@UNICEF is deeply concerned about the safety and wellbeing of children affected by ongoing military operations in the Tigray Region of #Ethiopia. UNICEF calls on all parties to the conflict to adhere to international humanitarian law and to protect children from harm. pic.twitter.com/94ZnhzW42a

“We strongly urge the Ethiopian authorities to take urgent measures to protect its population from further violence and strongly encourage them to seek assistance from the international community”, the Special Advisers said.

The need to de-escalate rising tensions in the country was especially important ahead of forthcoming elections”, the Special Advisers stated, in reference to the national poll that was suspended in August because of the COVID-19 crisis for nine to 12 months, to give the authorities sufficient time to get the pandemic under control.

They warned that if these urgent measures are not immediately taken, the risk of atrocity crimes in Ethiopia remains high.

The UN Children’s Fund has also been voicing fears that the most vulnerable civilians, will suffer the most: “UNICEF is deeply concerned about the safety and wellbeing of children affected by ongoing military operations in the Tigray Region of Ethiopia”, said UNICEF Regional Director for Eastern and Southern Africa, Mohamed Malick Fall. 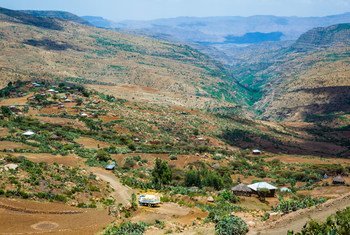 With telephone lines still cut and transport links disrupted, it is impossible for humanitarians to get vital supplies into Ethiopia’s Tigray region or assess evolving humanitarian needs, the UN Office for the Coordination of Humanitarian Affairs (OCHA) has said. 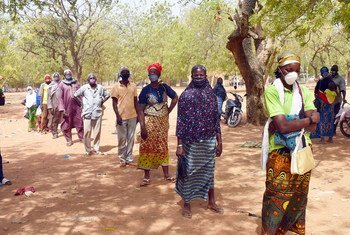