UNICEF/Balasundaram
A road through the mountains in Tigray, Ethiopia. (file photo)

With telephone lines still cut and transport links disrupted, it is impossible for humanitarians to get vital supplies into Ethiopia’s Tigray region or assess evolving humanitarian needs, the UN Office for the Coordination of Humanitarian Affairs (OCHA) has said.

“With road closed, food, health and other emergency supplies have currently no way to make it into Tigray making prepositioning or re-stocking impossible”, the UN emergency relief agency said in an update issued on Thursday.

We remain concerned about the ongoing tensions in the Tigray region of Ethiopia, and the impact on civilians.@UN &amp; partners call for unimpeded access so that humanitarian aid can be provided to those in need.More here: https://t.co/MEBngAn4MP pic.twitter.com/aNmvOjYDpN

In addition, banks are reportedly closed, and vehicles banned from the roads in and out of the region. There are already shortages of basic commodities, impacting the most vulnerable first.

Violence erupted last week in Tigray involving federal and local forces, following the reported takeover of an army base in the Tigrayan capital, Mekelle, after which the Prime Minister ordered a military offensive.

In a statement issued at that time, the Secretary-General called for “immediate measures to de-escalate tensions and ensure a peaceful resolution to the dispute”.

OCHA has also voiced concern for the protection of civilians, especially children, women, elderly persons and the disabled, amidst the hostilities.

“Existing child protection risks are likely to be exacerbated by the ongoing hostilities”, it added, noting the high risk of children being separated from their parents or caregivers, which would expose them to abuse and exploitation.

There are also worries over damage to crops by desert locusts, worsening food insecurity, and the spread of COVID-19.

OCHA also reiterated that the UN and its partner organizations are “committed to staying and delivering humanitarian assistance” and that a response plan for Tigray region is being rapidly developed.

Later on Thursday, UNHCR, the UN aefugee agency, said it had witnessed a "significant increase" in numbers of asylum seekers, with over 11,000 having crossed the border into Eastern Sudan from the Tigray region.

“The recent development has led to a new refugee situation. Every effort counts to ensure the safety of the thousands of men, women and children seeking safety in Sudan,” says Axel Bisschop, UNHCR Representative in Sudan.

UNHCR said it was coordinating closely with other UN agencies, non-governmental organisations and partners to support the Sudanese Government and local authorities in carrying out an urgent response to register and facilitate the transportation of the new arrivals to temporary reception centres away from the border.

At the reception centres, everyone is working together to provide people with food and water, said the agency. Due to the scale of arrivals, UNHCR and the Government have identified a new site which is currently being prepared to host the arrivals. A UNHCR mission is deployed at the border and is continuously monitoring the situation. 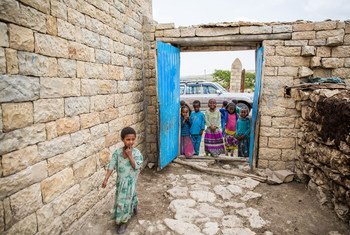 The UN refugee agency (UNHCR) said on Wednesday that it is working with Sudanese authorities to help more than 7,000 refugees who have fled Ethiopia over the past two days, following major clashes in the Tigray region of the country.