© UNHCR/David Azia
Ivorians have been living in refugee camps in Liberia for a number of years. (file)

Several thousand people have fled from election-related violence in Côte d'Ivoire to seek sanctuary in neighbouring Liberia, Ghana and Togo, fearing a repeat of the major conflict that followed the election in 2011, the UN refugee agency UNHCR said on Tuesday.

“Violent clashes erupted after the presidential election which was held on 31 October leaving at least a dozen dead and many more injured, according to the latest reports”, UNHCR spokesperson Boris Cheshirkov told a regular UN briefing in Geneva.

#CIV🇨🇮 #cotedivoire 🙏 #UNHCR calls on Ivorian political and opinion leaders to refrain from inciting violence, resorting to hate speech, and to resolve any disputes peacefully and through dialogue. https://t.co/MYv0nD93lq

News reports said on Monday that the Ivorian electoral commission had provisionally declared 78-year-old incumbent, President Alassane Ouattara, the winner with 94.27 per cent of the vote.

The election had been laden with tension over his decision to run for a third term, after he had gone on record as saying that he would step down after two, and the two main opposition parties had called for a boycott of the vote.

Mr. Chershirkov said that as of 2 November, more than 3,200 Ivorians had become refugees, mainly women and children from Côte d’Ivoire’s west and southwest regions.

“The newly arrived include former Ivorian refugees who had recently repatriated and were forced to flee once again”, Mr. Cheshirkov said.

He added that UNHCR was grateful to the three neighbouring countries for keeping their borders open despite the COVID-19 pandemic, and the agency was working closely with them on contingency plans in case the situation worsened further.

Mr. Cheshirkov said that many Ivorians had been sensitised to the dangers by widespread violence connected to a disputed presidential election in 2011.

“In terms of the violence, what we have seen is already there have been reports of a dozen or more dead and many more hurt and we know that people are looking back to 2010-11, that period when there was violence which at that time led to 3,000 dead, more than 300,000 refugees fleeing in the region and around 1,000,000 displaced”, he said.

Denouncing the violence in the west African nation, UN Secretary-General António Guterres urged all political stakeholders to respect the constitutional order and adhere to the rule of law.

Mr. Guterres strongly condemned the violence prior to, during and after the election and reiterated the readiness of the United Nations to support dialogue to preserve stability and promote national reconciliation throughout Côte d'Ivoire, his spokesperson said in a statement on Tuesday.

“The Secretary-General calls on all political stakeholders to respect the country’s constitutional order and adhere to the rule of law. He urges the President and the main opposition leaders to engage in meaningful and inclusive dialogue to chart a way forward out of the prevailing crisis by working together towards consensus and national cohesion,” the statement added. 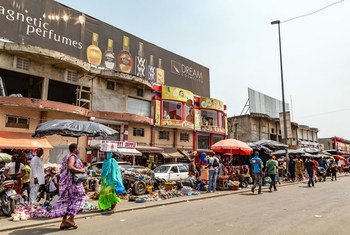 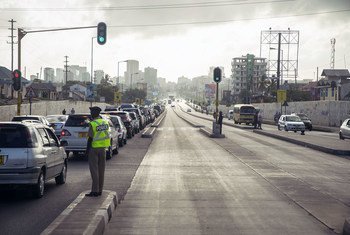