UNMISS
Chief Inspector Doreen Malambo, serving in the UN Mission in South Sudan (UNMISS) has been selected as the 2020 United Nations Woman Police Officer of the Year.
30 October 2020
Peace and Security

Chief Inspector Doreen Malambo, Gender Adviser at the United Nations Mission in South Sudan (UNMISS), has won 2020 UN Woman Police Officer of the Year Award, in honour of her work supporting vulnerable groups, such as women, girls, children, and people with disabilities.

Ms. Malambo, who is Zambian, and spent 24 years with her country’s police service, has been posted with UNMISS since 2019, where her role involves participating in community consultations, and mobilization on crime prevention/reduction.

A Zambian peacekeeper working with the UN Mission in South Sudan has been awarded the 2020 United Nations Woman Police Officer of the Year. Chief Inspector Doreen Malambo currently serves as a Gender Adviser in Juba. @unmissmedia #SouthSudan #SSOT pic.twitter.com/jbG6gDHGNI

In previous postings with the UN, Chief Inspector Malambo was deployed with the UN Mission in Liberia (UNMIL) from 2008 to 2009, where she assisted the Liberia National Police in preventing and investigating sexual and gender-based and domestic violence.

Shortly after she arrived in South Sudan, Ms. Malambo swiftly made an impact, seeking out partnerships with UN bodies that resulted in innovative collaboration with men at the grassroots level, aimed at improving the rights of women and girls.

Working with the UN Population Fund (UNFPA), she was involved in establishing the Stand Up for Rights of Women and Girls initiative that has helped to reduce and prevent sexual and gender-based crime in South Sudan.

As part of this project, Ms. Malambo created a network of groups led by male local police officers to engage other men in the community to disseminate information and promote the protection and advancement of the rights of women and girls. She has also supported military counterparts, in their efforts to establish Women’s Networks.

“Knowing that I am making a difference by working to empower women and promote their active inclusion and participation in society motivates me”, said Chief Inspector Malambo. “Women’s empowerment is the key to increasing the visibility of their interests, concerns, needs and contributions”.

'The best of UN policing'

The Award will be presented by Jean-Pierre Lacroix, Under-Secretary-General for UN Peace Operations, at a virtual ceremony to be held on 3 November.

In a statement released on Friday, Mr. Lacroix said that Ms. Malambo “exemplifies the best of United Nations policing”, through her ideas and actions.

“Greater women’s participation in peacekeeping sends a strong message to our host populations”, he added. “This message is amplified when women police officers like Chief Inspector Malambo take the lead to empower and protect others, even more so in a pandemic context”.

♦ Receive daily updates directly in your inbox - Subscribe here to a topic.
♦ Download the UN News app for your iOS or Android devices.
UN Police|UNMISS 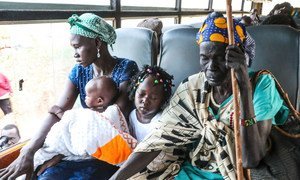 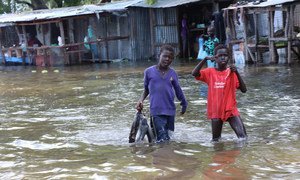