According to the World Meteorological Organization (WMO), La Niña is back in the central and eastern equatorial Pacific Ocean, after nearly a decade’s absence.

#LaNiña will affects rainfall and temperature patterns in many parts of the world but it is not the only climate driver. WMO's new Global Seasonal Climate Update factors in other climate drivers as well human induced #ClimateChange https://t.co/tlZQDwUK59 pic.twitter.com/ttdiC70L1t

This is expected to result in sea surface temperatures between two and three degrees Celsius cooler than average, said Dr. Maxx Dilley, Deputy Director in charge of Climate Services Department at WMO.

“These coolings of these large ocean areas have a significant effect on the circulation of the atmosphere that’s flowing over them. And the changes in the atmosphere in turn affect precipitation patterns around the world.”

The likely results of La Niña vary around the globe, but indications are that the Horn of Africa will see below average rainfall, as will Central Asia.

The UN agency also warned that East Africa is forecast to see drier than usual conditions, which together with the existing impacts of the desert locust invasion, may add to regional food insecurity.

WMO says that there is a 90 per cent chance of tropical Pacific sea surface temperatures remaining at La Niña levels for the remainder of the year, and a 55 per cent chance that this will continue through March next year.

This is important because La Niña contributes to temperatures, rainfall and storm patterns in many parts of the world.

What’s more, everyone from governments to farmers uses the announcement of a La Niña event to protect activities that are sensitive to changes in the weather, including agriculture, health, water resources and disaster management.

WMO is now stepping up its support and advice for international humanitarian agencies to try to reduce the impacts among the most vulnerable at a time when coping capacities are stretched by the COVID-19 pandemic.

Heat is here to stay

Although La Niña typically has a cooling effect on global temperatures, there’s little chance that 2020 will buck the trend of increasingly warm years, however.

That’s because of all the heat trapped in our atmosphere by greenhouse gases, said WMO head Petteri Taalas.

And he warned that “2020 remains on track to be one of the warmest years on record and 2016-2020 is expected to be the warmest five-year period on record”. 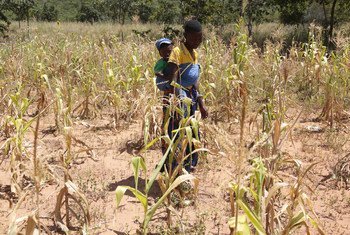 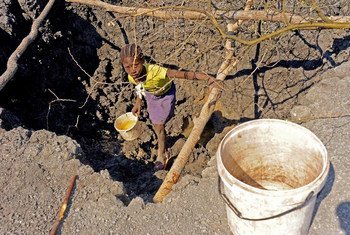