Foreign direct investment (FDI), a bellwether of globalisation and economic confidence, fell by 49 per cent to $399 billion in the first half of 2020, amid the upheaval caused by the coronavirus pandemic, a new report from the UN trade and development organization UNCTAD showed on Tuesday.

FDI includes cross-border mergers and acquisitions, international project finance, and corporate investments in new “greenfield” projects abroad, and it can be an indicator of the growth of the corporate supply chains that play an important role in world trade.

James Zhan, the director of UNCTAD’s Division on Investment and Enterprise, said the slump in FDI flows in the first half of the year was more drastic than expected.

“This was due to the lockdowns around the world, which slowed existing investment projects, and the prospects for deeper recession which led the multinationals to reassess new projects. And that’s the current mood of the investors – they try to be very conservative at this stage”, he said at a press conference in Geneva.

All major forms of FDI and all regions suffered from the slowdown, although developed economies were worst hit, with FDI flows of $98 billion in the six months - a 75 per cent reduction from a year previously.

However, China was bucking the trend, with FDI flows relatively stable at $76 billion in the first half of the year, while Hong Kong bounced back as an FDI destination after a weak 2019.

“Overall investment flows into China remain at a high level and this is partly because China was one of the very few countries, among the first, to control the pandemic and to resume its production system in the country.

“In the meantime the Chinese government put in place effective measures to retain investment, to service operations of the multinationals operating in the country, and also put in place new measures to attract investment”, Mr. Zhan said.

Most of the FDI heading to China went into high-tech industries. The value of Mergers and Acquisitions transactions into China, grew by 84 per cent, mostly in information services and e-commerce industries, while several multinational companies also expanded their investments into China, he added.

The global outlook remains highly uncertain, with question marks over the duration of the pandemic and the effectiveness of the policy response, but prospects for the full year remain in line with UNCTAD’s earlier projection of a 30-40 per cent decline, Mr. Zhan said.

The rate of decline in developing economies is expected to flatten because of the signs of impending recovery in East Asia, but the global decline is expected to continue, with a further reduction of 5-10 per cent foreseen in 2021, the UNCTAD official added.

FDI is the most important source of external funding for developing economies – outstripping remittances, bank loans and overseas development assistance.

The current value of FDI invested in projects around the world is equivalent to 42 per cent of annual global GDP, said Mr. Zhan. 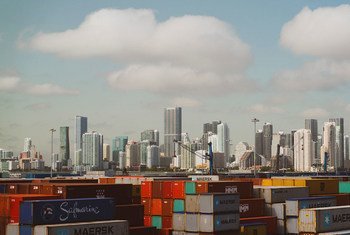