Unsplash/Steve Harvey
The global demand for the export of used vehicles from developed to developing has grown significantly.

Used vehicles exported from richer countries are contributing to increased air pollution in developing nations and hindering efforts to mitigate the effects of climate change, according to a report published on Monday by the UN Environment Programme (UNEP).

The study – the first-ever of its kind – found that some 14 million used cars, vans and minibuses were exported worldwide from Europe, the United States and Japan between 2015 and 2018.

Around 80 per cent, went to low and middle income countries, with more than half going to Africa.

Exports on the rise

“Cleaning up the global vehicle fleet is a priority to meet global and local air quality and climate targets”, said Inger Andersen, the UNEP Executive Director.

“Over the years, developed countries have increasingly exported their used vehicles to developing countries; because this largely happens unregulated, this has become the export of polluting vehicles.”

Globally, the transport sector is responsible for nearly a quarter of all energy-related greenhouse gas emissions.

Vehicle emissions are a significant source of the fine particulate matter and nitrogen oxides that are major causes of urban air pollution.

The report is based on an in-depth analysis of some 146 countries.  The authors found that two-thirds have “weak” or “very weak” policies to regulate the import of vehicles past their prime.

However, countries that implement age and emissions standards, or other such measures, receive high-quality used vehicles including hybrid and electric cars, and at an affordable rate. They also have fewer accidents on the road.

Ms. Andersen said the lack of effective standards and regulation means that old, polluting and unsafe vehicles are effectively being dumped.

“Developed countries must stop exporting vehicles that fail environment and safety inspections and are no longer considered roadworthy in their own countries, while importing countries should introduce stronger quality standards”, she charged.

Used Vehicles and the Environment - A Global Overview of Used Light Duty Vehicles: Flow, Scale and Regulation calls for action by both sides to adopt harmonized minimum quality standards.

UNEP, with the support of the UN Road Safety Trust Fund, is part of an initiative towards this goal.

The focus initially will be on Africa, where several countries have already implemented minimum quality standards, including Morocco, Algeria, Côte d'Ivoire, Ghana and Mauritius.  More have expressed interest in joining.

First Person: COVID-19 is not a silver lining for the climate, says UN Environment chief 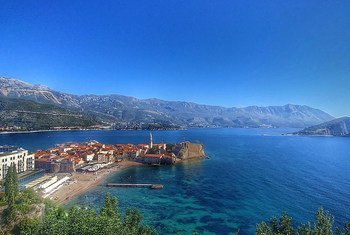 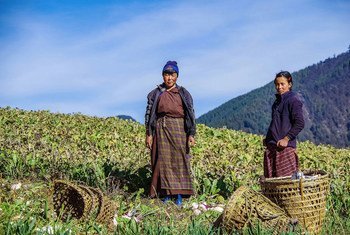