WFP/Abeer Etefa
Aerial view of the capital of Sudan, Khartoum. 2018.

The UN chief on Saturday said he was taking note of the announcement that Sudan has agreed to normalize relations with Israel, expressing hope that further cooperation will advance international peace and prosperity.

The statement from UN Secretary-General António Guterres, comes in the wake of the deal, brokered by the United States and formally announced by President Donald Trump on Friday in a three-way call with the prime ministers of Sudan and Israel at the White House.

I join the #UNSG @antonioguterres in expressing my hope that the #Israel #Sudan normalisation agreement will further cooperation, enhance economic and trade relations, and bring about new opportunities to advance #peace and economic prosperity in the #HornofAfrica and #MiddleEast

Delegations from Sudan and Israel are due to meet to finalize details in the coming weeks, according to the announcement.

As part of the agreement, the US will reportedly remove Sudan from its list of State sponsors of terrorism, allowing aid and economic investment to flow into the country, which is in a period of democratic transition following the overthrow of long-time ruler, Omar al-Bashir last year.

Sudan now joins the United Arab Emirates and Bahrain, who have similarly moved to normalize relations with Israel in recent weeks, through US mediation – the first Middle Eastern States to fully recognize Israel in more than two decades.

Historically, Sudan has fought in wars against Israel in both 1948, and 1967, and according to news reports it has agreed to pay millions of dollars to compensate the victims of Al Qaeda terror attacks on US embassies in Kenya and Tanzania, in 1998, when the terrorist network was headquartered in Sudan.

The Secretary-General’s statement expressed hope the deal would “further cooperation, enhance economic and trade relations, and bring about new opportunities to advance peace and economic prosperity in the wider Horn of Africa and Middle East regions.”

Mr. Guterres said the UN “remains fully committed to supporting the Republic of the Sudan's efforts to achieve socio-economic recovery, stability and prosperity for all people in the Sudan and the wider region.”

The UN’s Special Coordinator for the Middle East Peace Process, Nickolay Mladenov, joined the UN chief in expressing his hope on Twitter that the normalisation agreement will boost cooperation, and bring about new opportunities for the Horn of Africa and whole Middle East. 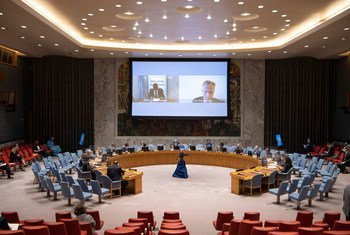 Despite the strengthening of the relationship between Sudan and South Sudan, little progress has been made regarding the disputed Abyei region, the head of UN Peacekeeping told the Security Council on Thursday. 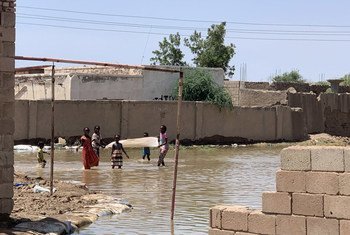 Catastrophic flooding and rising food and health costs in Sudan, have driven up the number of people in need, the UN Office for the Coordination of Humanitarian Affairs (OCHA) said on Friday.