UNDP Thailand
The UN Development Programme (UNDP) in Thailand and a local NGO arranged for the delivery of face masks to the ethnic community in Phuket province, located in the south of the country.

At a time of global challenge and uncertainty, partnership between the United Nations and regional bodies remains indispensable, the UN Secretary-General told foreign ministers from the Association of Southeast Asian Nations (ASEAN) during a virtual meeting on Wednesday.

António Guterres underscored the importance of working together to address pressing issues such as the COVID-19 pandemic, climate response and rising geopolitical tensions.

I have appealed for an immediate global ceasefire to focus on the one true fight: the battle against #COVID19.The Security Council has joined this call.We need to step up our efforts. The clock is ticking — and people are dying.https://t.co/0hfUlJsPBF

He thanked countries for their firm commitment to multilateralism, and for backing his call for warring parties to lay down their arms during the pandemic.

“I welcome your support of my appeal for a global ceasefire, which I renewed in my address to the General Assembly last month.  I look forward to your further advocacy to help end hostilities around the world, including ongoing conflicts within your region”, he said.

The Secretary-General was heartened that like the UN, ASEAN members agree that a COVID-19 vaccine should be a global public good and accessible to all people.

He stressed the need to work together to protect lives and jobs, and to keep businesses and economies afloat, while highlighting that building back must be inclusive and sustainable.

“Pandemic recovery has the potential to advance climate action for a carbon-neutral world by 2050. Investment in renewable energy remains more cost-effective than the continued reliance on fossil-fuel subsidies and coal power plants”, he said.

“We also need to reverse declining trends of biodiversity, deforestation and land degradation, and end the unsustainable exploitation of marine resources.”

Turning to peace and security, the Secretary-General expressed concern over “intensified geopolitical competition” in the region and beyond.

“I reiterate my hope for the early conclusion of a Code of Conduct. I also call for peaceful dispute resolution, in conformity with international law, including the United Nations Convention on the Law of the Sea”, he said.

“In the Korean Peninsula, ASEAN’s Foreign Ministers have an important role to play in calling for the parties, especially the Democratic People’s Republic of Korea, to continue what was started.  The United Nations stands ready, including in cooperation with ASEAN, to support the process and key parties in their efforts.”

The Secretary-General also focused on the ongoing displacement of Rohingya and other communities in Myanmar.

Nearly one million Rohingya have sought refuge in neighbouring Bangladesh, most of whom arrived after escaping a violent crackdown by security forces in August 2017.

OCHA/Vincent Tremeau
Young Rohingya boys look out of their shelter at the Hakimpara refugee camp in Cox's Bazar, Bangladesh.

Mr. Guterres recalled his previous appeals for action to address the root causes of the crisis and to create conditions for the voluntary repatriation of refugees.

“Beyond solutions for the immediate humanitarian suffering, accountability is an imperative for long-term reconciliation,” he said, underlining the UN’s readiness to cooperate further on the issue.

On Wednesday, the UN and ASEAN adopted a new five-year Plan of Action that expands cooperation in areas such as youth, peace and security, cyber-security and action to prevent hate speech.

Other priorities covered are building resilience, including to climate disasters, and dramatically increasing social protection.

As this year marks the start of a Decade of Action to achieve the Sustainable Development Goals (SDGs), the UN chief urged countries to meet this challenge.

He said, “In this Decade of Action, we must scale up our efforts across all dimensions of the new Plan of Action, including through advancing gender equality and decarbonizing economies.” 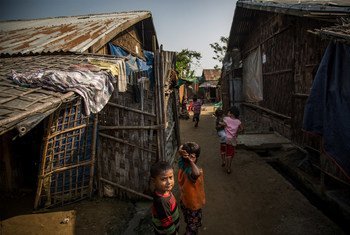 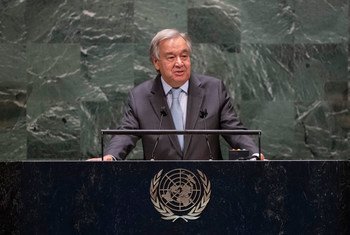